Opposition parties to embark on “Times are hard” demo in Tamale 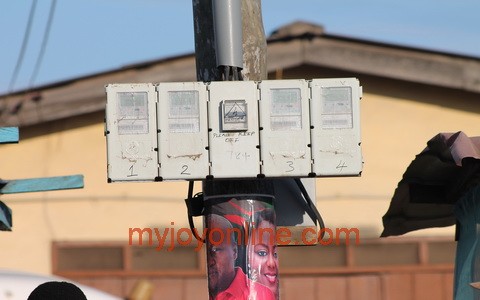 Four political parties and their supporters in the Northern Region have vowed to hit the streets on Monday August 22, 2016 in protest over high electricity tariffs.

The largest opposition party, the New Patriotic Party together with the Convention Peoples Party, the National Democratic Party and Hassan Ayariga's All Peoples Congress have all pledged their support for the impending demonstration dubbed "Times are hard."

The Progressive Peoples Party has also pledged their support for the demonstration, even though they were not present at a joint press conference held by the representatives of the four parties.

The party representatives told the media that they have been forced to organise the demonstration to draw government's attention to the suffering the people have been enduring due to the high tariffs.

The parties are even more incensed with what they refer to as president John Mahama's disrespect to the people of the north.

Joy FM's Northern Region correspondent Martina Bugri reported the representatives as saying that government  has reduced tariffs for consumers on the Electricity Corporation of Ghana and must do same for those on the Northern Electricity Distribution Company (NEDCO).

The New Patriotic Party Regional Secretary Sule Salifu told Martina Bugri, the president has shown gross disrespect to the people of the north.

"On the 29 June this year, the major opposition parties in the Northern Region had a press conference to give government an ultimatum to reduce electricity tariffs for the people in the north because government had done that for the ECG in the southern sector.

"As a result of that we have declared that on the 22nd of this month we the opposition parties in the northern region will demonstrate against John Mahama for showing disrespect and also not showing concern to the people of the north," Sule Salifu reiterated.

Some of the residents said they used to pay 30 cedis per month for electricity but they now pay 180 cedis for the same electricity consumed.

The parties called on market women, traders, artisans, students and all persons affected by the high tariffs to join the demonstration on Monday.