Our lives are at risk due to insecurity – Battor residents 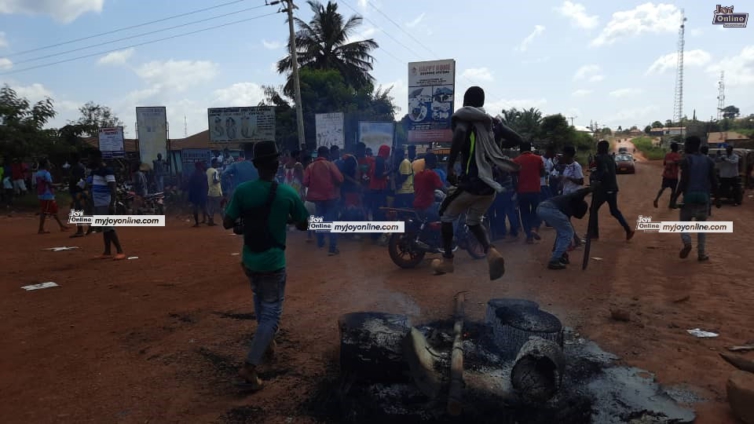 Some residents of Battor and its adjoining communities are worried their lives are at high risk due to the chieftaincy disputes characterised by clashes that resulted in the death of five people.

The residents lamenting the recent happenings in the Battor township noted that the government must as a matter of urgency, address the issue in order to avoid more loss of lives.

The residents who spoke with the media noted that the clashes could have been avoided if the two factions had agreed on a peaceful settlement.

They noted that the two factions urgently need to first seek the interest of the residents and come together and resolve the dispute.

“Our lives are at high risk now and we don’t even know how many more lives would be lost in the disputes currently ongoing and we need government’s urgent attention on the issue,” a frustrated resident lamented.

The residents believe that the two factions went wrong in the whole process of the negotiation and that they could have amicably dealt with the issue without fights.

The concerned residents are however calling on the Paramount Chief and the stool father as well as the security agencies to quickly resolve the issue.

Five people have lost their lives with several others injured during a bloody clash in Battor Township due to the conflict between the Dzekley Royal Family and the stool father of the area.

At a press conference held on November 27, 2022, the stool father, Zikpitor Korsi Hottor announced that he has destooled the Paramount Chief of the Battor Traditional Area, Togbega Patamia Dzekley VII.

The stool father alleged that the Paramount Chief had breached the customs and traditions of the Battor Traditional Area, hence his destoolment.

Sadly, during a gathering on Friday, December 16, 2022 to process for the firing of musketry in the Battor township ahead of a festival, aggrieved supporters of the de-stooled paramount chief allegedly clashed with some supporters of the stool father which led to the death of five people and several persons injured.

Meanwhile, the Police Service has arrested15 suspects for their involvement in the violent chieftaincy dispute that resulted in the death of five people and injury to others.

DISCLAIMER: The Views, Comments, Opinions, Contributions and Statements made by Readers and Contributors on this platform do not necessarily represent the views or policy of Multimedia Group Limited.
Tags:
Battor residents
Insecurity