Over 1000 people to benefit from Akoon Community Mining - MyJoyOnline.com

Over 1000 people to benefit from Akoon Community Mining 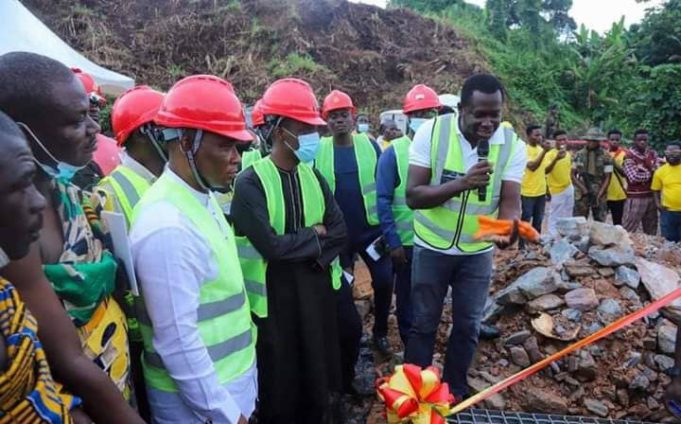 Residents of Akoon in the Tarkwa-Nsuaem Municipality of the Western Region are to benefit from the government’s National Alternative employment and livelihood program or people affected by the ban on illegal mining, also called galamsey.

Over 1000 people from the predominantly farming community will be the first beneficiaries of the project, which partly ensures responsible mining.

Illegal mining has existed for generations, but in recent years the trend has taken an alarming proportion.

This has, over time, triggered conversation, including various stakeholders’ consultations and meetings on finding a solution to it. There were the formations of a military task force to facilitate the fight.

In March 2017, the government responded to a media campaign against environmental degradation and placed a ban against small-scale mining entirely to save river bodies and other water sources in the name of extracting gold.

The ban, on the other hand, meant approximately one million and over people lost their livelihoods.

However, to help other dependents on the illegal job creation, President Akufo-Addo, a fortnight ago, launched the government’s National Alternative Employment and Livelihood Program specifically for the mining sector.

“This Programme, first of all, seeks to ameliorate the unavoidable and unintended hardships which our efforts to sanitize the Small-Scale mining sector have created, particularly in the five regions that Operation Halt II carried out its operations,” President Akuffo-Addo said.

He added that “it is intended to provide good economic livelihood options to the illegal mining and associated activities, to enable those adversely impacted to work and support themselves and their families.”

The President noted that the NAELP will also help reverse the negative impact the illegal mining activities had on the environment.

Community mining is one of the many programs to be rolled out under this program.

The deputy minister of Lands and natural resources in charge of mining, who is also the MP for Tarkwa Nsuaem, George Mireku Duker, at the launch of the Akoon Community mining, said the government will ensure that the activities of the miners correspond with the law on mining.

“Now there is no embargo but weeding out the recalcitrant that is the new modus operandi, so we are not saying every miner must put his tool down”.

“What we are doing is identifying those who are doing the right thing and supporting them, and those who are not, we have launched operation halt to clamp them down,” George Mireku Duker said

He added that the government has added a mercury-free machine as part of its commitment to the Minamata Convention of reducing the use of Mercury.

The Western Regional Minister Kwabena Okyere Darko Mensah, who was at the ceremony, expressed optimism that the region would benefit from about 100 community mining sites.

“We are looking for a job for young people across the length and breadth of the Western Region and Ghana, so we believe that community mining schemes are schemes that if we run them well can accommodate a lot of youth to do something instead of roaming about doing nothing” he explained.

Dr Kwabena Okyere Darko Mensah added that he believes the miners if absorbed to work at the community mining sites, will have security issues, and people will have their peace of mind to work and invest in the Western Region.

Communications Director of the Ghana National Association of Small-Scale Miners, Abdul Razak Alhassan, said community mining is the way to go if Ghana wants to clamp down on illegalities in the mining sector.

Those whose livelihoods were affected by the ban are hopeful of a brighter life ahead.