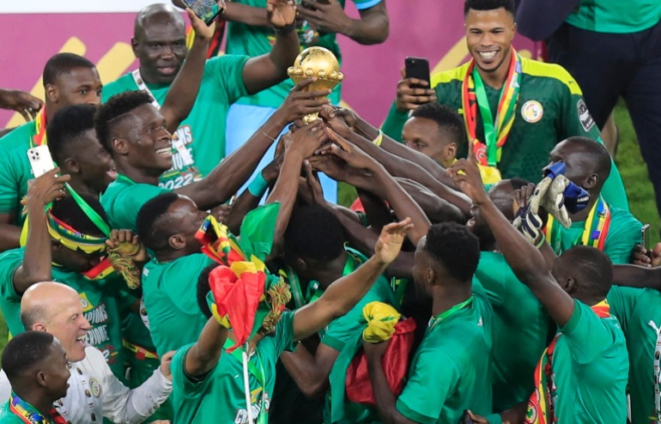 Videos of people dancing while holding the country’s flag were shared online:

The excitement was evident in entertainment spots:

No one will sleep in this country tonight!#Senegal #AFCON pic.twitter.com/Z56PRbo30W

On the streets, people celebrated the win in style:

Senegal are going to celebrate this for years to come. Well deserved. 👏🏾 #AFCON2021 pic.twitter.com/507cHP8umk

Coach Aliou Cissé, who as a player missed a crucial penalty in the 2002 final defeat and was the coach when the team was defeated in the finals three years ago, was praised online:

Senegal and Egypt will meet again next month in a play-off for a spot at the 2022 World Cup in Qatar.