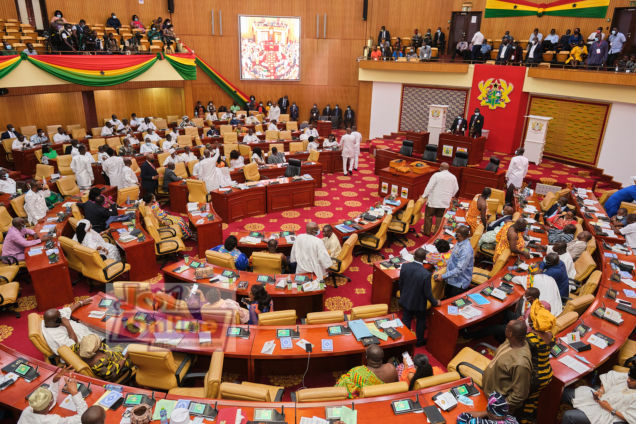 Parliament on Thursday pulled breaks on the processes to approve the nominations of 12 Deputy Minister nominees after the Majority side lost a voice vote on a request to rush the process.

The Standing Orders of Parliament indicate that no report which comes to the floor should be debated until 48 hours have elapsed.

An attempt by the Majority to get the Members of Parliament (MPs) to waive the provision was rejected by the Minority.

They were unhappy that the Appointment Committee member Alhassan Suhuyini’s objection of approval of the Deputy Education Minister-designate, Gifty Twum Ampofo, had not been captured in the committee’s report.

“Now you are insisting on your pan of grace. The only thing we have to do is to insist that let’s go the full haul, and then whatever there is in there, we will battle it when the time comes,” he added.

“Mr Speaker, they’ve lost the plot, and we are to adjourn the House to tomorrow if they do not have any other business.”

Meanwhile, the Majority Chief Whip, Frank Annor Dompreh, said the objection is not good for building consensus in the House.

“Our colleagues have prank a surprise and it is not good for consensus building. Even this morning, we engaged our colleagues and there were no views like this. I am surprised they are opposing this procedural motion.”

After long hours of debate, the Speaker, Alban Bagbin, adjourned proceedings to Friday to allow leadership to build consensus on the issue.