Pastors begged my daughter to return to her marriage after separation – Osinachi Nwachukwu's mother - MyJoyOnline.com 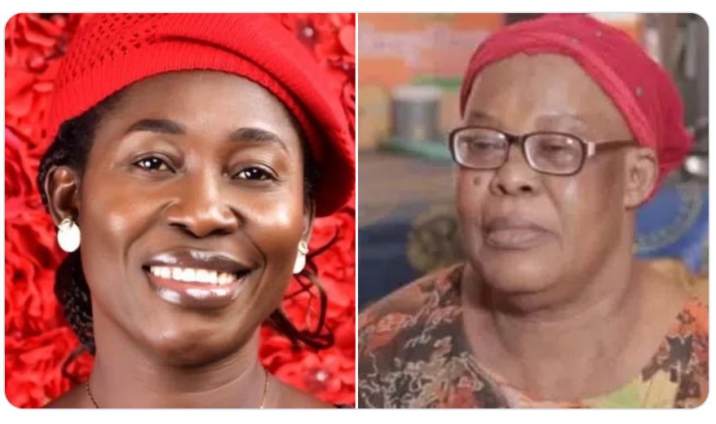 The mother of late gospel singer, Osinachi Nwachukwu has made some revelations about the singer’s marriage.

Speaking with BBC Igbo, Madam Madu said that Peter Nwachukwu, the deceased’s husband, allegedly threatened that his late wife would only leave the marriage dead.

She revealed that Osinachi left her marriage for over a year, and only returned after her husband came with pastors to beg.

She also mentioned that she could not see her grandchildren for eight years and was never allowed to come for Omugwo (traditional Igbo custom for postpartum care by the woman’s mother) when they were born.

According to her, Osinachi’s husband never allowed her family into their house until some pastors intervened.

The deceased’s mother added that she told Osinachi on several occasions to leave the marriage, but she insisted on staying with the contention that the Bible frowns on divorce.

Gospel singer Osinachi Nwachukwu passed away on Friday, April 8, at a hospital in Abuja.

Following her death, there were reports that she had died of cancer, however, her family quickly went on record to dismiss the claims.

In an interview with Vanguard Nigeria at the time, the elder sister of the late singer said, Osinachi died as a result of a cluster of blood in her chest after she was kicked in that region by her husband, Mr. Peter Nwachukwu.

However, the husband of the late gospel singer denied having a hand in her death during police investigations.

Mr. Nwachukwu told the Police that his wife had been unwell since November, 2021.

He claimed they had been moving from one hospital to another since she fell ill, only to pass away at the national hospital over the weekend.

However, Madam Madu denied claims by Mr. Nwachukwu regarding the late singer’s health.

She stated that before her daughter died, she and her husband went for a medical checkup and were told by experts that nothing was wrong with her.