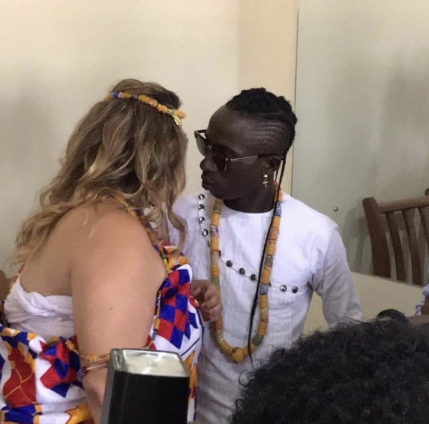 This song which comes barely three weeks after he tied the knot, features his wife Liha Miler.

Patapaa takes the opportunity to answer people who questioned his decision to marry a foreigner.

In the song, Patapaa explains that for him all women are the same regardless of their race.

Patapaa and his wife Liha Miller got married on Saturday, January 2, at a ceremony in Swedru, the singer’s hometown.