Patriotic Epistles with Kabu Nartey: Mugabe: When your ex dies at 95, you don't cry for long - MyJoyOnline.com

Patriotic Epistles with Kabu Nartey: Mugabe: When your ex dies at 95, you don’t cry for long 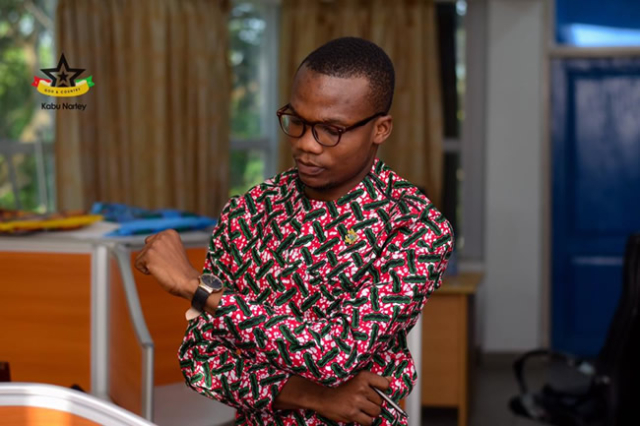 I received the news of my father’s death on Monday, September 2; it was my first day at work as a service person. He had died peacefully in his sleep, in the wee hours of the morning, say 5:57 am. The head of the empire was gone. He died at the age of 103, few days after he returned from the hospital. I received the news like any sanguine son would receive the demise of his father – with a sense of melancholy.

Four days later, the first-post independence leader of the Republic of Zimbabwe, Robert Gabriel Mugabe also passed on, after months of being in the hospital in Singapore. Officials maintained he was receiving treatment for cataract. Mugabe, on the other hand, died at 95 years.

In the case of my father, I left out one thing – many of his children were immersed in a pool mixed feeling. One feeling was the relief that he would now be in an exposition of pain; and the other feeling was the sorrow that comes with losing the center, the ex-president of the Nartey Empire.

Same could be observed on the international space following the demise of Mighty Mugabe. He was celebrated for both the good and the bad.

According to the Black Scholar Journal: “Mugabe is either one of the world’s great tyrants or a fearless nationalist who has incurred the wrath of the West”. Consequently, whilst a report by western media on his  demise described Robert as a despotic leader who ruled his people with iron hands, his fellow socialist leaders, compatriots and the entire African continent eulogized him for his efforts and polices in his quest to fully emancipating the continent, Africans and Zimbabweans from the vestiges of white supremacy. Among these acts of heroism was the implementation of the controversial agrarian reform in Zimbabwe in 2000. According to Afrocentric doctrine, one of the capitalist strategies employed by the colonial masters to underdevelop Africa was land expropriation. It was said that the white Zimbabweans of European ancestry dominated the political and economic prospects of the country leaving the locals marginalized.  Therefore, in an extreme patriotic fashion, the nationalist leader, Mighty Mugabe (the late) seized all lands belonging to the White nationals and foreigners and gave them to the black locals unfortunately without compensation. The act has come under fierce criticism and currently under review but Robert said he was convicted by the spirit of patriotism, the only gateway to unmaking the unfair land systems operated under the colonial and neo-colonial system.

Moreso, the ex-president has been a preacher of pan Africanism and the concept of a United States of Africa.  And he has articulated this fiercely and unapologetically even at the gathering of nations.

Personalising the subject of Mugabe and his Mugabeism policies a bit more, I likened the former leader to a father who had a good side and Achilles heels. A good father who wanted to train his many children to be independent of any external force, hence, he would ensure they got the best of education and social entitlements. He encouraged us to till the land at our own pace through hard work.

On the other hand, he was a fallible father who despite all the years of justification and signs of a new dawn, barely gave an opportunity for his children to take charge of the affairs of the empire. He devised the divide and rule strategy during his reign and even at the family level, he employed the big man politics theorem.

But as a patriotic son of the soil, I will certainly remember him more for the good he did. At least he was a shining example that the independence of Africa will always suffer violence but will become impossible if you continue to embrace imperialism. More consoling for me is his Ghanaian descent. History says he met his first wife, a fellow Ghanaian born while on a teaching assignment in Apowa Secondary School and the St Mary’s Teacher Training College, all in Takoradi. He met Ghana’s political godfather, Osagyefo Kwame Nkrumah, who largely shaped his socialist ideologies.

Therefore, it is okay for a proud son to shed tears for an African legend who is revered and feared as a “tyrant”, but he mourns only shortly because in all these he learns the hard way and from the mistakes of this father and the ex-president.

Zimbabwe mourns, but be sure it will be filled with celebration, because as encouraged, you do not cry for long over the mistakes of an old dead man, rather, you celebrate the remarkable century of his contributions to Africa’s neo independence and the opportunities he lives behind by virtue of his death.

The writer (Kabu Nartey) is the 2019/2020 best graduating student in print journalism and the 2019 most promising student journalist of GIJ.