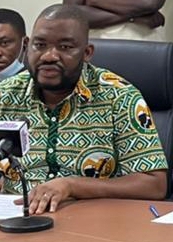 The Ghana Mine Workers’ Union of the Trades Union Congress has expressed worry over the neglect, inaction and the seeming powerlessness of the state governing structures and regulators in the mining industry.

In a statement signed by its General Secretary, Abdul-Moomin Gbana, it expressed concerns and continuous rise of the current business models of mining companies, currently operating in the industry in the form of the wanton outsourcing of key functional areas to third parties, proliferation of all kinds of non-standard forms of employment, emergence of labour brokerage leading to disguised employment relationships to mention but a few.

“These profiteering tendencies by mining multinationals in the industry have, undoubtedly had direct negative consequences on workers and other stakeholders in the value chain of mining in Ghana. A breaking case in point is the fate of a security officer employed by a third-party contractor named Protea Coin Ghana, who was deployed at the site real gate, an exit point to ‘mine take area’ in Newmont Ahafo Mine on July 27, 2022. At around 18:30pm, he asked permission from his supervisors to attend to nature’s call in a nearby bush because the toilet facility at his post and many of the security posts around Newmont Ahafo Mine have been out of use for months despite persistent complains from the security guards to Newmont Ghana officers at the site. Whilst in the bush, he went missing and has since not been found.”

“As we speak, the security personnel of Protea Coin Ghana together with the Ghana Police Service and some community members have been searching frantically, but the whereabout of the poor worker is still not known. The issue that arises is that the poor security man worked for Protea Coin Ghana but deliver his employment obligations on the Newmont Ahafo concession so whose duty was it to provide and keep decent toilet facilities for the security guard noting that in the mining regulations, Newmont Ghana is under obligation to provide toilet for workers?”, it explained.

In a related development, it said that “on the same day its colleague went missing, two other security guards deployed at the company’s Apensu dewatering pond were also abducted around 12 midnight by six fully armed men with four guns and two machetes, who took them hostage, manhandled and molested them and subsequently abandoned them somewhere in the bush. They were later found with their hands tied at their backs”.

“Similarly, barely a year ago, a number of our valued members in Protea Coin witnessed very horrendous incidents viz; Robert Coffie and Joshua Oppong were attacked and shot which led to Joshua losing one eye, whilst Robert sustained multiple injuries on the Newmont Ahafo site. Again, on the same Newmont Ahafo site, Daniel Owusu Sekyere and Mathew Nsoah both members of the Union, were also attacked with guns and cutlasses which led to Daniel sustaining multiple fractures on one leg whilst Mathew sustained several cutlass wounds on the head. Sadly, Daniel for now has metals planted in his leg. Jacob Ayiko was also attacked by Galamseyers during which he sustained multiple fractures on his right wrist and till date, he has metals planted in his wrist”, the statement pointed out.

Whilst the Union have in the past highlighted in its National Executive Council resolutions about the heightened insecurity and the urgent need for a more concerted action, these recent developments, it said, and the most recent ones highlighted above, brings into sharp focus yet again, the heightened insecurity situation in the mining industry in general and Newmont Ahafo in particular and the need for urgent action.

“Whereas the Local Union officers of the Ghana Mineworkers’ Union are fully on the ground assisting and supporting the search team in any way possible to ensure that our cherished member is not only found but found alive, we want to appeal to our members who are undoubtedly traumatized by these unfortunate developments to keep calm, continue to focus on their safety and assist in any way possible to establish the whereabouts of our missing colleague”, it said.

“To the family of our missing colleague, we sympathize deeply with their plight and urge them to keep calm and strong as the search efforts continue to ensure we are able to establish his whereabouts”, it noted.

Considering that the missing colleague has been gone for close to 48 hours now without any concrete information so far, the Ghana Mine Workers Union strongly urged government to as a matter of urgency deploy the needed logistics to assist in the efforts of the team currently searching for its colleague’s whereabouts, adding “we also expect that a thorough investigation led by the Ghana Police who are currently on the ground would be conducted to establish the circumstances under which the incident occurred, and immediate steps taken to forestall its recurrence”.

“Lastly, we also call on government through the Minister of Employment and Labour Relations to cause the full enforcement of Part 16 (Labour Inspection) of the Labour Act 2003 (Act 651) so that the actors within the industrial relations space can realize the full benefit of labour inspection in this country to forestall any future occurrence and also safeguard and protect the collective interest of all the actors”, the statement concluded.

DISCLAIMER: The Views, Comments, Opinions, Contributions and Statements made by Readers and Contributors on this platform do not necessarily represent the views or policy of Multimedia Group Limited.
Tags:
Abdul-Moomin Gbana
GMWU
Newmont
Protea Coin Ghana