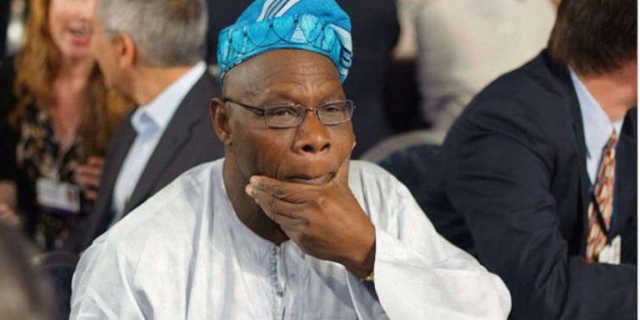 Speaking in Lagos at the grand patron of the First African Congress on Sickle Cell Disease, ACSCD,  Obasanjo emphasised the fact that every sickle cell sufferer has a unique story behind the pain they go through, therefore, need empathy and not sympathy.

The 3-Day conference was organised by Dr. Sickle Cell – Center for Sickle Cell Disease in association with Olusegun Obasanjo Foundation and supported by World Health Organisation, Federal Ministry of Health amongst other sickle cell foundations across Africa.

In his welcome address, the co-chair ACSCD Congress, Dr. David Ajaere said the burden of sickle cell disease cannot be overcome by any single organisation or individual. “It takes an hoslitic approach whereby partnerships are forged between organizations and relevant stakeholders with aligned interest and vision in a bid to overcoming sickle cell disease in Africa.”

The Director for WHO, Africa region, Dr. Matshidiso Moeti who was represented by Prof. Jean-marie Dangou, Coordinator of Non-Communicable Disease Primary Prevention and Integrated Management stressed the need for setting priorities for National, regional and global SCD prevention and control programme.

The King of Kabaka of the Buganda kingdom in Uganda who was represented at the congress by his Minister of Health, Dr. Prosperous Nankindu also threw insight on the fight against sickle cell disease in Uganda and how they have successfully made Ugandans more aware of sickle cell management by educating them on the need for genotype screening before marriage.

The founder of MMAWT Legacy initiative and First Lady of Sokoto State, Mrs Maryam Tambuwal said “Separate those who abuse drugs from those who take prescription drugs and do not stigmatize warriors by calling them drug addicts”.

President of Vicar Hope Foundation and First lady of Abia State, Mrs. Nkechi Ikpeazu said Sickle cell disease is mainly an African problem adding that stakeholders on the African continent should lead efforts to eradicate it. The ACSCD International Coordinator, Amb. Eddie Resphanto stated the need for a collective voice on sickle cell disease in Africa.

Also speaking, Prof. Nosa Bazuaye said that the University of Benin Teaching Hospital has since 2017, successfully carried out 9 Bone Marrow Transplants on persons with SCD despite obstacles and limited resources.

He added that there is hope on the future of sickle cell research in Africa if other countries could ensure they make use of the power of the collective voice.