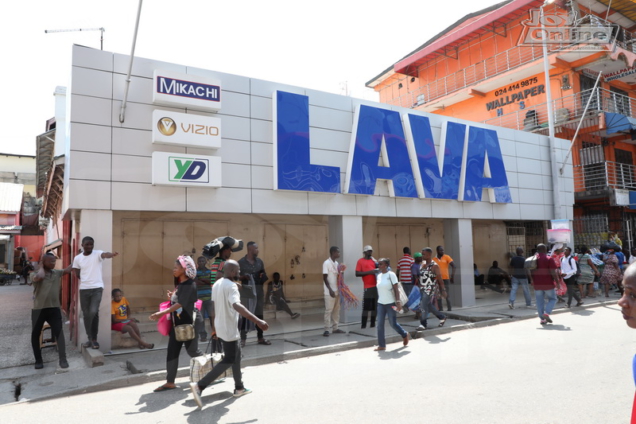 Members of the Ghana Union of Traders  Association (GUTA), on Wednesday temporarily closed their shops at the Accra Central Business District and Abosey Okain in Accra.

Their  decision to close down their shops is in protest against current economic hardships in Ghana.

A visit to Okaishie in the Central Business District revealed that most of the stores including supper markets had been closed with some shop attendants hanging around while disappointed shoppers moved from one place to the other looking for alternative shopping destinations.

A trader, Kwame Ayensu disagree with the decision to shut the shops.

He said the cedi depreciation which GUTA is crying over could be partly blamed on its members, explaining that they are always importing instead of producing goods for both local and export markets to save the cedi.

Raymond Nii Fio who works with one of the shops said he doesn’t believe anything good can come out of this and called on the leadership of GUTA allow traders to open the shops while they, the leaders, meet with President Akufo-Addo to have serious talks.

While some of the shops were closed, a handful of them were opened and operators were doing brisk business.

DISCLAIMER: The Views, Comments, Opinions, Contributions and Statements made by Readers and Contributors on this platform do not necessarily represent the views or policy of Multimedia Group Limited.
Tags:
Business
District
GUTA
Shops