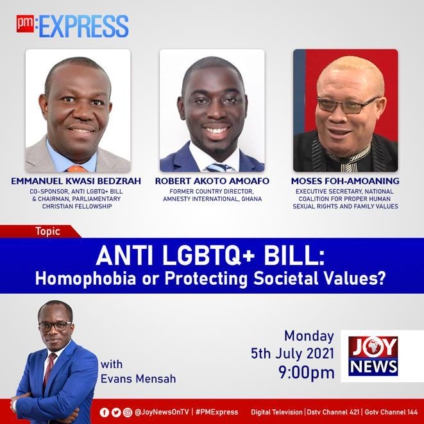 The Speaker of Parliament has revealed that a bill to stop the promotion of activities of LGBTQI+ in the country will be introduced and passed into law by the end of the year.

Alban Bagbin said the bill is being formulated in accordance with provisions of the 1992 Constitution and international obligations.

Amnesty International is, however, kicking against attempts to pass a law that will criminalise the activities of LGBTQ+ and other allied groups in the country.