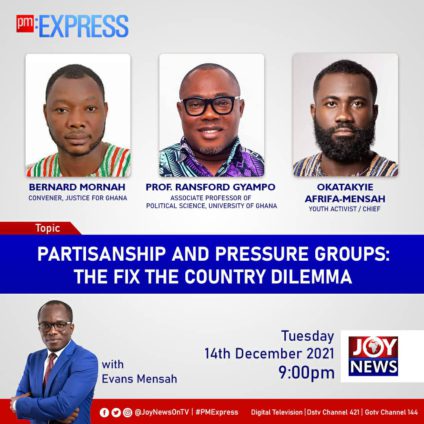 The Economic Fighters League (EFL) on Monday announced its decision to quit the FixTheCountry Movement.

According to the League, its decision stems from the encroachment by persons with parochial interests on what began as a “brilliant, viral social media hashtag which simply captured exactly the demands of the Ghanaian youth disenchanted with the political governance system.”

The group stated that considering how much they have invested into seeing to the fruition of Ghana’s largest youth-led protest since the 4th Republic, it would be detrimental to their values and the purpose of the FixTheCountry protest to continue to serve as conveners for the movement.

The league also reiterated their plans of making their parliamentary debut in the upcoming 2024 general elections.

Meanwhile, FixTheCountry Movement says no exact incident has been cited by the Economic Fighters League (EFL) for its decision to break away from the group which remains a non-partisan platform.