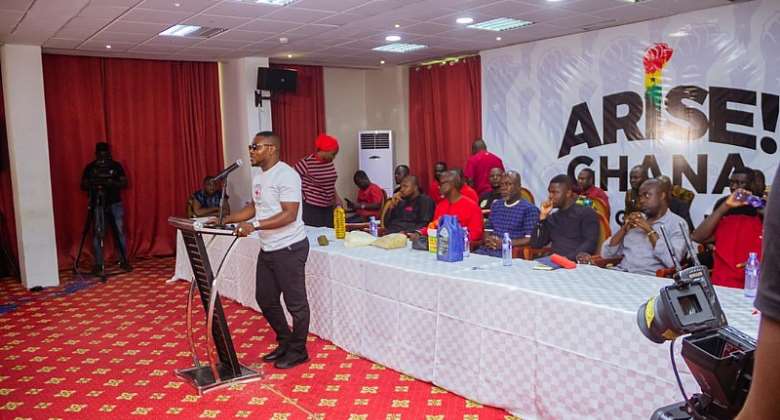 The Police have raised reservations over the impending overnight picketing at the frontage of the Jubilee House by Arise Ghana Group.

This was after the Police held a meeting with the leadership of Arise Ghana on Monday over their intended demonstration in front of the Jubilee House.

The impending June 21 demonstration by the Group is to express their displeasure over the economic hardships, worsening economic conditions, draconian taxes, state capture and land grabbing as well as the high cost of fuel in the country.

The Group in a statement on Monday said “the Police administration cited various reasons including terrorism threats as well as inadequate personnel and lack of logistics to provide security for the over 5,000 people overnight as reasons for its reservations.”

The statement added that the leadership of Arise Ghana however stood its grounds and insisted that members would not compromise “on our 48hours demonstration and picketing in front of the Jubilee House.”

According to the Group, the meeting hit deadlock without a compromise from both sides and will therefore resume on Wednesday, June 8 at 10 am.

The coalition last month held a press conference and demanded that government should not only withdraw E. I 144 but also put an end to the land grabbing of the Achimota Forest Reserve, and repeal the Electronic Transaction Levy.

Speaking at the press conference in Accra, General Secretary of the Group, Mordecai Thiombiano, disclosed that the Group plans to stage a massive demonstration on June 21 to press home their demands.

“…we wish to announce for the information of all Ghanaians that we shall be embarking on a mammoth demonstration on the 21st of June 2022 in the city of Accra to press home these demands.

“We, therefore, call on all Ghanaians who desire to see a change in the affairs of our beloved country to come out in their numbers and join us on the streets of Accra for this historic protest,” he stated.

DISCLAIMER: The Views, Comments, Opinions, Contributions and Statements made by Readers and Contributors on this platform do not necessarily represent the views or policy of Multimedia Group Limited.
Tags:
Arise Ghana
Demonstration
Police