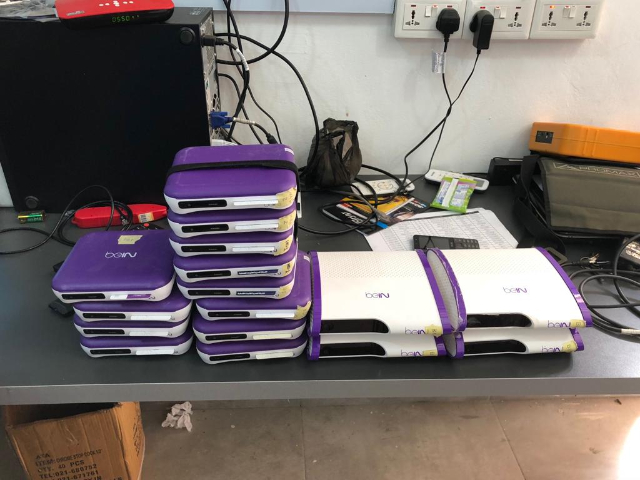 A team from the SWAT Unit of the Ghana Police Service and National Communications Authority (NCA) have raided the premises of Fly TV at Aburi, in the Eastern region.

They seized equipment that was being used to illegally broadcast content without the consent of the rights holders.

This raid comes on the heels of the two earlier injunctions secured by MultiChoice Ghana against Nour Vision operators of Fly TV restricting them from showing the FIFA World Cup and the English Premier League.

The Film and Television industry in Ghana continues to grapple with the illegal broadcast of content/piracy by Television stations resulting in huge revenue losses.

The sports and film sectors continue to be the hardest hit by this menace.

Several local TV stations have been airing international sporting events without going through the process to acquire rights for the territories they operate in and to the detriment of rights holders.

The raid was to enforce the most recent court order restraining Fly TV from broadcasting the Premier League.

Fly TV ignored the court order and proceeded with the broadcast thus necessitating the enforcement of the order by the seizure of equipment used for the infringing broadcasts.

The directors of Nour Vision Ltd (operators of Fly TV) are currently under charges of contempt of court at the High Court, Accra.

The rights to the simulcasting major sports events the Premier League, UEFA Champions League, UEFA Nations League, Serie A and La Liga are currently exclusively held by SuperSport Africa and distributed by Multichoice Ghana through the DStv and GOtv platforms across Sub Sahara Africa.

Cecil Sunkwa Mills, General Manager, MultiChoice Ghana said, “we want to use our influence and resources to play a positive role in Ghana, helping to grow our creative industries into a vibrant, economic powerhouse.

“It’s by creating value for our customers, our employees and society that we’ll build a successful industry for the future.”