Police on manhunt for friends who helped woman assault rival 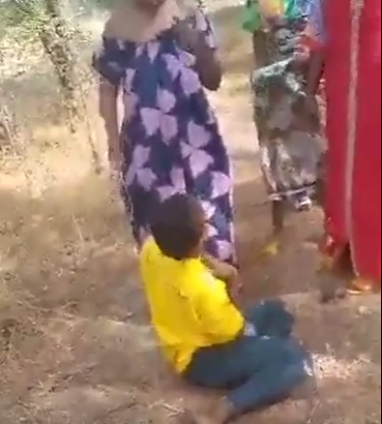 Police in Bimbila have arrested a lady whose name has been given as Munira for flogging another lady mercilessly.

According to a resident of Bimbila, Munira had accused the lady of sleeping with her boyfriend named Karim, therefore, she and her friends flogged her to serve as a lesson to her and any other lady who has an interest in the man.

Giving further details, the resident said, this is not the first time Munira and her friends had flogged a lady for sleeping with her boyfriend.

They alleged one Fatawu had sent the young lady to his friend Karim.

The resident added that Munira showed up and found her boyfriend and the young lady in a compromising position.

This, the resident added, led to Munira organising her friends to attack the young lady.

The resident told JoyNews that the police had picked up Munira over the assault and is on a manhunt for the others.

A video has since been released where more than four ladies are seen beating another who was on her knees, pleading that she had nothing to do with Munira’s boyfriend.

The woman’s pleas seem to have fallen on deaf ears as the other ladies continued to beat her until she fell on the ground.

They are heard questioning if she was not caught having sex with Munira’s boyfriend.