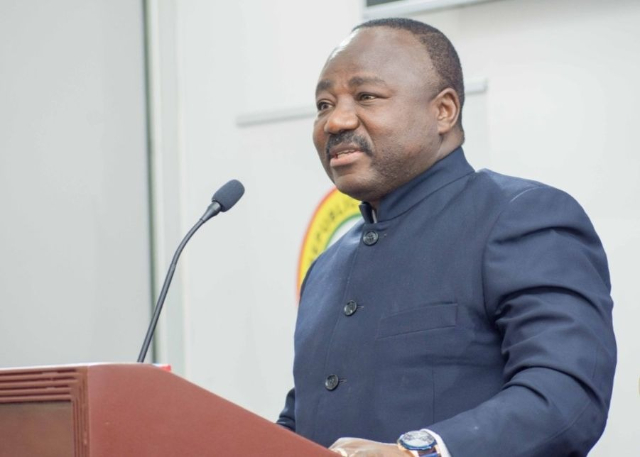 The suspended boss of the Public Procurement Authority (PPA) is expected to meet the Special Prosecutor, Martin Amidu at 10 AM today, Thursday, August 29 over his alleged involvement in a contract for sale scandal.

The meeting follows the President’s referral of the troubled CEO to the Special Prosecutor after investigative work by award-winning journalist, Manasseh Azure Awuni unearthed corruption at government’s central procurement authority.

The President has also referred his appointee to the Commission on Human Rights and Administrative Justice (CHRAJ).

At both statutory bodies, the president wants Adjenim Boateng Adjei investigated over conflict of interest allegations after he formed a company that sold government contracts to the highest bidder.

Mr Adjei has been suspended by the president pending the outcome of the investigations.

Joy News sources say Mr. Adjei has expressed his readiness to assist the Special Prosecutor in its investigations.

The Ghana Institute of Procurement and Supply (GIPS), a body the PPA boss is a senior member of says they will also haul him before the Institute’s Ethics and Professional Committee.

President, Collins Agyeman Sarpong who disclosed this on Joy News’ PM Express programme said a letter has already been prepared and will be sent to Mr Adjei.