President of Afrexim bank forewords GITFiC’s book on the AfCFTA 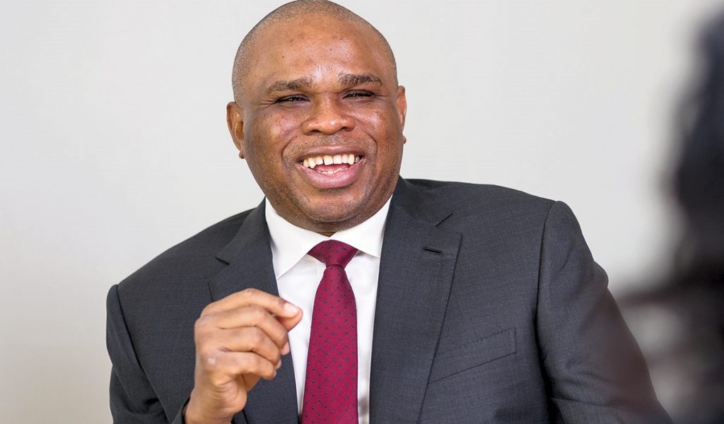 The President and Chairman of the Africa Export-Import (Afrexim) Bank, Prof. Benedict Oramah has stressed that for the African Continental Free Trade Agreement (AfCFTA) to achieve its potential and deliver its intended benefits, it is imperative that it moves from diplomatic rooms and the negotiating tables to the boardroom, market places and shops of small businesses, where business interactions take place daily on the African continent.

He made call the after an intensive peer-review of the manuscript of the much-anticipated book titled; Actualising the African Economic Vision; A Practical Handbook on the AfCFTA.

“It is my immense pleasure to contribute a foreword to this commendable handbook published by the Ghana International Trade and Finance Conference (GITFiC) focused on actualizing the African Economic Vision through the African Continental Free Trade Agreement,” .

Prof. Oramah stated that the Handbook is being published at a critical time in Africa’s history when the continent is buffeted by the lingering challenges of the COVID-19 pandemic and the ongoing Ukraine crisis.

He stated that the crises foreshadow intense global economic and geopolitical turbulence and shifts in the coming years.

“The crises have also demonstrated the necessity of the AfCFTA as being key, not only as a driver of growth and development for the continent, but also its importance in strengthening Africa’s resilience against external shocks”.

Prof. Oramah maintained that for this to happen, the agreement, the rules, as well as the opportunities it creates, must be easily accessible and understood by the African citizenry.

“This Handbook, published by the GITFiC, is a significant contribution in this regard. It has been written in clear, concise, and easily accessible language with the understanding that the main audience are not Economists, Trade Lawyers and other experts but rather the ordinary citizens and businesses for whom the AfCFTA has been designed”.

He added that the Handbook provides a historical context to the agreement, tracing its history and linkages to the historical ambitions for pan Africanism as envisaged by the founding fathers of the OAU.

“It discusses the negotiation and processes leading up to the conclusion of the Agreement, as well as the operationalization and commencement of trade. It explains some of the key rules and protocols under the agreement, including rules of origin, the protection of industries through trade remedies as well as the mechanism and procedures instituted under the Agreement for the settlement of disputes”.

“It also examines provisions related to trade facilitation under the AfCFTA Agreement as well as the free movement of persons as granted by the Protocol to the Abuja Treaty relating to Free movement of Persons, Right of Residence and Right of Establishment. It further looks at how digital payments can support the AfCFTA, highlighting Afrexim bank’s Pan Africa Payment and Settlement System (PAPSS), launched at the 12th Extraordinary Summit of the Assembly of Heads of State in Niamey, Niger as a key complementary tool and implementation mechanism to facilitate payments under the AFCFTA. It concludes by examining Ghana’s specific strategy as a champion of the AfCFTA, as well as the overall positioning of MSMES for the AFCFTA”.

He stated that the handbook is an excellent resource for businesses and the general public, interested in understanding the AfCFTA protocols, rules and their implications for businesses as well as the opportunities created by the Agreement.

“We at the Ghana International Trade & Finance Conference – GITFiC consider Prof. Benedict Oramah’s foreword as timely, and precise, more especially at the time of loaning to the government and people of Ghana a whopping $750 million meant to cushion the cedi to dollar disparities in the Ghanaian economy; a good move by the government of Ghana”.

This endorsement from Africa’s foremost continental trade-finance bank is an affirmation of GITFiC’s authority on the subject matter notwithstanding the earlier endorsement we had from the African Union’s; H.E Albert M. Muchanga – Economic Commissioner for Trade, Industry, Tourism and Mining.

The book will be launched in Accra on September 20, 2022 at the forecourt of the Pacific Alliance embassies namely; Mexico, Chile, Peru and Colombia and will be made available at various distribution channels on the continent. Every Senior High School and Tertiary Institution in Africa is expected to own copies. Pre-order here; www.gitfic.com/afcfta-book

DISCLAIMER: The Views, Comments, Opinions, Contributions and Statements made by Readers and Contributors on this platform do not necessarily represent the views or policy of Multimedia Group Limited.
Tags:
AfCFTA
AFREXIM
Prof. Benedict Oramah