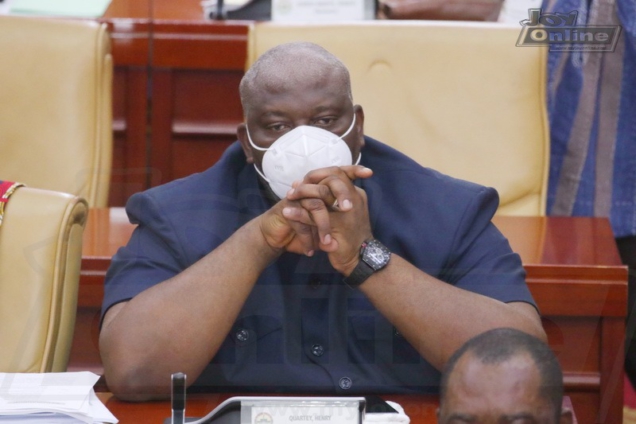 The scheduled meeting between the Greater Accra Regional Minister and the Parliamentary Privileges Committee on Thursday did not come off.

Mr. Quartey was expected to answer questions about his absence from Parliament for more than 15 days without permission.

According to JoyNews’ Parliamentary Correspondent, Kwesi Parker-Wilson, although Henry Quartey was present, the Committee’s Chairman, Joseph Osei Owusu was unavailable for the session.

He reported that the Chairman excused himself because he had to takeover proceedings in the main House to enable speaker Bagbin attend to some visitors from Canada.

“So, since the Chairman of the Committee won’t be available, there wasn’t the need for the Committee to interrogate Henry Quartey over his absence,” he said.

Mr. Parker-Wilson stated that the members of the Committee exchanged pleasantries with the Minister for 30 minutes and apologised to him “for the Committee’s inability to hear him.”

He added that the meeting was thus postponed to a later date.

Meanwhile, the Privileges Committee has rescheduled the hearing of Dome-Kwabenya’s Member of Parliament to a future date.

Sarah Adwoa Safo was also scheduled to appear before the Committee on Friday, May 27, to justify why she missed proceedings in Parliament for more than 15 days.

However, the Chairman of the Committee, Joseph Osei Owusu, appealed to the members at a meeting on Wednesday, May 25, to postpone the hearing to a later date.

Joseph Osei Owusu also disclosed that the Committee will not sit as scheduled, because he is expected to cast his vote during the election of the New Patriotic Party’s Ashanti Regional Executives in Kumasi.