Protect the Constitution; not the wishes of any person – NDC Youth Wing urges Supreme Court 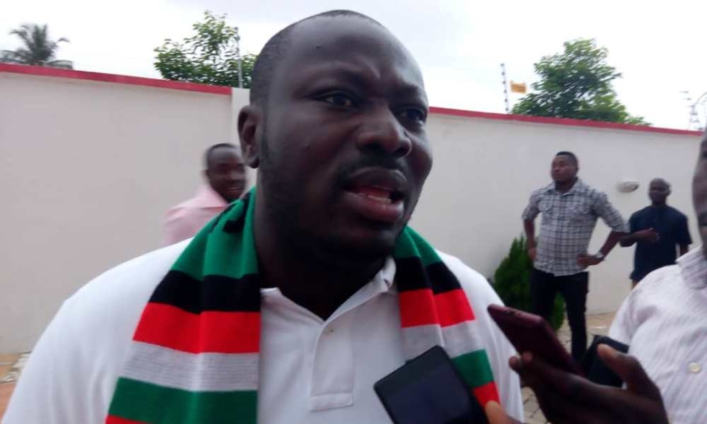 The Youth Wing of the opposition National Democratic Congress (NDC), has expressed its disappointment in the Supreme Court’s ruling on Wednesday, March 9, 2022.

According to the ruling, a Deputy Speaker of Parliament can be part of quorum and vote, while presiding over proceedings in the House.

But on Thursday, the National Youth Organiser of the NDC, George Opare Addo, issued a statement, stating that, the ruling by the apex court undermines the independence of Parliament, as well as the effectiveness of the country’s democracy.

According to the NDC’s Youth Wing, all the relevant arms of government, must be allowed to operate effectively, and therefore the verdict by the Supreme Court is not in order.

They subsequently called on the Court to protect the integrity of the 1992 Constitution in the discharge of its duties.

“It is instructive to note that, the framers of our constitution did not intend anyone presiding as a Speaker of Parliament to both preside over proceedings of parliament and at the same time participate in voting on matters over which such a person presided.

It is for this reason that, Parliament in accordance with its constitutionally granted powers made its rules to prohibit anyone from presiding and voting on matters over which such person presided as a Speaker.

We contend that, this current ruling is a travesty of justice, abuse of judicial power and failure of the court to attain the ends of justice on the part of the ordinary people of this country, especially where the violation of our constitution is being sought to pass the unpopular e-levy.

We urge the Supreme Court to reconsider its role as the protector of our democracy and constitutional rule, and to at all times act in a manner that promotes the performance of that sacred duty in fidelity to our constitution and not to the wishes of any person”, portions of the statement read.

The NDC Youth Wing also lamented the current state of the economy, and urged the NDC’s Caucus in Parliament to be steadfast in their tasks.

“We the youth of Ghana have lost hope and confidence in the current Executive led by Nana Addo Dankwa Akufo-Addo and remain suspicious of his manipulation of state institutions in support of his unpopular policies.

Therefore, it is imperative for the Judiciary to guard against any such attempts by the Executive and regain the confidence of the good people of Ghana. We register our unflinching support for the NDC caucus in Parliament and expect their continuous defense of our Constitution”, the statement said.

The Court presided over by Justice Jones Dotse, therefore, affirmed the approval of the 2022 Budget without NDC MPs’ participation.

He also wanted the Supreme Court to declare the whole proceedings in Parliament on November 30, 2021, which led to the passage of the 2022 Budget as unconstitutional, insisting the Deputy Speaker should not have counted himself as an MP when he presided over proceedings.

However, on behalf of the state, the Attorney-General (A-G), Godfred Yeboah Dame, argued that no express provision in the 1992 Constitution stops a Deputy Speaker presiding over proceedings from voting or counting himself as part of MPs present to form the right quorum.

Mr. Dame contended that unlike Article 102, which precludes a “person presiding” from being part of the quorum, Article 104 (2) precludes explicitly “The Speaker”.

The A-G, therefore, held the position that only the person elected as “The Speaker” of Parliament is barred from forming part of the quorum under Article 104 when presiding, and not the Deputy Speakers who preside over proceedings in the Speaker’s absence.

DISCLAIMER: The Views, Comments, Opinions, Contributions and Statements made by Readers and Contributors on this platform do not necessarily represent the views or policy of Multimedia Group Limited.
Tags:
George Opare Addo
Godfred Yeboah Dame
NDC Youth Wing
Supreme Court