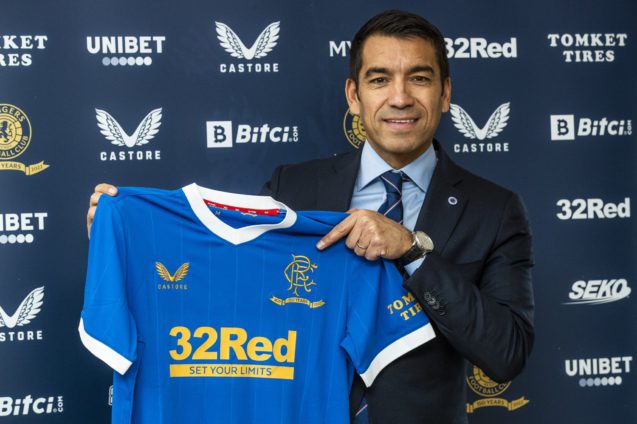 Giovanni van Bronckhorst says he feels “so lucky” after being confirmed as the new manager of Rangers.

The Dutchman, 46, will replace Steven Gerrard – who left for Aston Villa – subject to being granted a work permit.

He went on to win more with Arsenal and Barcelona, including the Champions League with the latter, before coaching Feyenoord to the Dutch title.

The versatile midfielder also won 106 caps for his country, captaining the Netherlands to the 2010 World Cup final, which was his final match as a player.

Van Bronckhorst, whose last job in management was a year with Guangzhou R&F in China, said he was “absolutely delighted” to become Rangers’ 17th permanent manager.

“I feel so lucky to be going to work with a squad which is in a great position on all fronts and largely has that experience of being winners,” he added.

“I look forward to carrying on and enhancing the work that has been done already and I’m grateful for the chance to work again at this huge football club.

“I cannot wait to meet the club’s incredible supporters again and begin this new era for us all.”

After his glittering playing career, Van Bronckhorst rejoined first club Feyenoord as assistant to Ronald Koeman and took over from Fred Rutten as head coach in 2015.

Having won the Dutch Cup twice with the Rotterdam club as a player, he led them to victory in the final in 2016 and 2018 and guided them to their first Eredivisie in 18 years in 2017.

After leaving his homeland in 2019, Van Bronckhorst spent a year in Chinese football in charge of Guangzhou R&F, winning seven out of 23 games.

The Dutchman will not be in charge for Sunday’s Scottish League Cup semi-final with Hibernian, the club’s sporting director Ross Wilson has confirmed, although he is expected to attend the match.

Rangers host Sparta Prague in the Europa League next Thursday.

I am very excited and proud to be returning to Rangers as the club’s new manager. I can’t wait to meet all of you! pic.twitter.com/6qdJVbGBjn

‘I can see how excited he is’ – what Rangers said

Wilson revealed that Van Bronckhorst had been “part of a long list” of coaches that the club had been tracking “to ensure we are always ready”.

Initial talks were held within 48 hours of Gerrard making it known he was leaving for Villa last Wednesday.

“Gio has already shown himself to be a winner, he knows the club, he knows the quality of the squad and is absolutely aligned with our approach and mindset,” Wilson said.

“Outside of the formal discussions, Gio and I have already had numerous other informal conversations and I can see how excited he is. I am looking forward to introducing him to the squad soon.”

Chairman Douglas Park added that the Ibrox club would “support Giovanni and Ross to continue to make Rangers a success”.