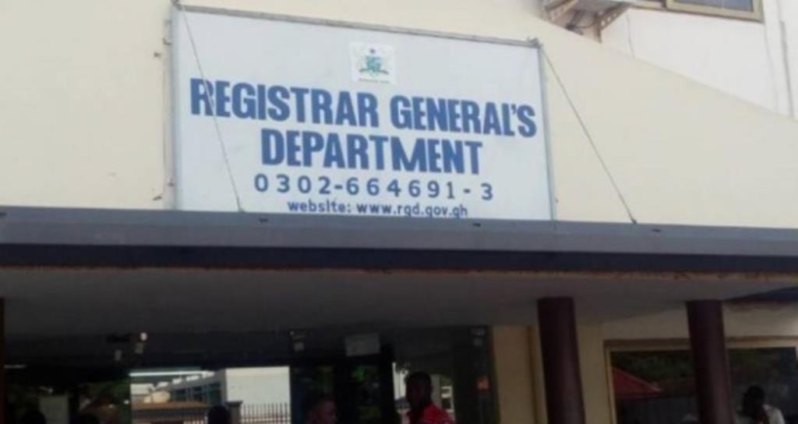 The Registrar General’s Department has amended company registration documents and the Department’s systems to conform to Act 992 of the New Companies’ Act.

A statement from the Registrar General’s Department, copied to the Ghana News Agency on Friday, said due to the changes, there were developments that it wants the public to take note of.

Among them were companies incorporated from October 1, 2020, which will have a suffix, as applicable, in conformity with S. 21 of Act 992.

Commencement Certificates and ‘Form 4’, the statement said, had been done away with by Act 992 and were no more issued by the Department.

The Department suggested that every existing company changed its name to reflect the suffixes provided and mandatorily adopt a Constitution by Special Resolution in accordance with Act 992.

“We urge that institutions henceforth accept only documents showing the said changes as indicated. This directive also applies to banking institutions, insurance and publicly listed companies,” it stated.

The statement explained that regulations were now referred to as Constitution, under Act 992, and companies may either file their own constitution, also known as Registered Constitution, or adopt a Standard Constitution as provided for in Act 992.

It noted that Act 992 mandated the Registrar to collect Beneficial Ownership (BO) information of companies.

A Beneficial Owner is an individual or natural person who owns, controls, has interest in, or exercises influence over a legal person (or arrangement) or receives substantial benefits from an individual.

The statement listed companies limited by shares, or guarantees, unlimited and external companies as those required to give their BO information.

The BO information, it said, could be submitted to the Registrar during Incorporation of companies, filling of annual returns and amendment of information.

The statement encouraged all to note that the changes only affected companies such as sole proprietorships, subsidiary business names and partnerships that continued to be governed by their respective laws without any changes.

“Kindly note that businesses that were registered with the Department before 2012 are to update their information with the Registrar by re-registering their businesses. Registration documents of businesses that have not been re-registered are no longer valid and hence should not be accepted,” the statement said.