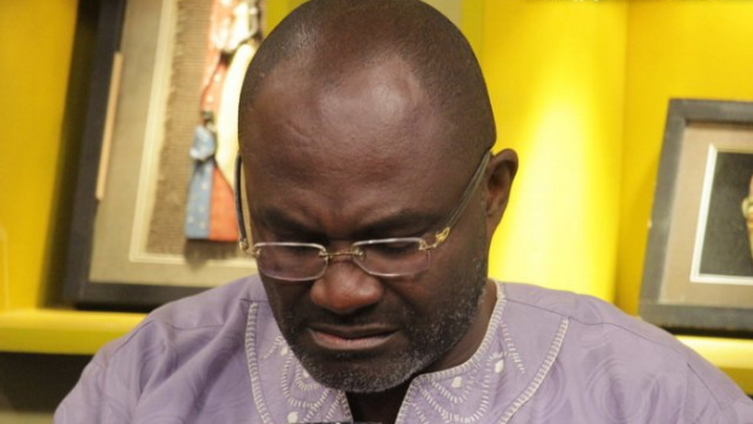 International NGO working to safeguard the right to freedom of information has urged Ghanaian authorities to prosecute Assin Central MP, Ken Agyapong for threatening a journalist with The Multimedia Group.

Kennedy Ohene Agyapong, the MP for the Assin Central district in southern Ghana, threatened Luv FM journalist Erastus Asare Donkor during a live interview on 9 July on Net 2 TV, which he owns.

“That boy should be beaten seriously,” Agyapong said.

“He is so annoying. For the foolish submissions he made before the committee [Koomson Commiittee], we have to beat the hell out of him. If I were the president, I would have ordered this boy to be whipped.”

Mr Agyapong’s threats were prompted by Donkor’s coverage of the burial of Mohammed Ibrahim Anyass, an activist also known as Kaaka Macho, in Ejura and an ensuing protest in which two demonstrators were shot dead.

When invited to testify at a committee appointed by government to investigate these incidents, Mr Donkor said he saw soldiers fire on a crowd of protesters, a claim subsequently denied by the military.

This is not the first time Agyapong has directly threatened a journalist on NET 2 TV. Two and half years ago, he threatened Ahmed Hussein-Suale, a journalist who had helped to make a documentary about Ghanaian soccer corruption.

As a photo of Hussein-Suale was displayed on a screen, Mr Agyapong said: “This Ahmed, you all know he lives in Madina. When you see him, beat him.”

Hussein-Suale was fatally shot by men on a motorcycle as he was driving his car in his local neighbourhood in the capital, Accra, a few weeks later, on 16 January 2019. The police have failed to identify those responsible.

“The threats against Erastus Asare Donkor are totally unacceptable and must not go unpunished,” said Assane Diagne, the director of RSF’s West Africa office.

“The last journalist to have been threatened by Kennedy Ohene Agyapong met a tragic end. Everything must be done to ensure that this journalist does not suffer the same fate. We ask the authorities to prosecute the MP without delay, and to pay close attention to the reporter’s safety.”

During a parliamentary session yesterday, the speaker reminded MPs that they were not “above the law” and that their parliamentary immunity did not them the right to say anything they liked.

The Multimedia Group, which owns Luv FM, lodged a formal complaint against Agyapong in a letter sent to the Ashanti region’s deputy commander on 13 July.

Copies were sent to 14 organisations, officials and agencies including the Speaker of Parliament, Chief of Staff, the ministers of interior and national security among others.