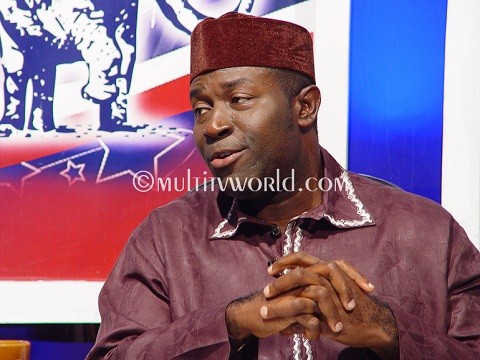 The former Director of Communications of the New Patriotic Party Nana Akomea says the resignation of four Board members of the Merchant Bank is a testimony that an on-going deal to have the bank sold to Fortiz is nasty.

Quoting portions of the resignation letter by Marian Banor the Board Chairman, Nana Akomea said corporate governance issues were compromised in the proposed sale for which reason the chairman and three other members resigned.

There has been huge public outcry over the sale of 90 per cent shares of Merchant Bank to Fortiz at a cost of 90 million cedis.

Critics insist that South African giant First Rand which had early on made an offer of 90 million dollars [180 million cedis] for 75 per cent shares in Merchant Bank should rather be given the offer.

Nana Akomea agrees in part with the critics. He told host of the Asempa FM's Ekosii-sen programme Kojo Asare Baffuor Acheampong that because the president's brother is involved somewhat in the deal, the whole transaction should be "above board."

He said if you have four Board members resigning on account of the sale of the Bank and are alleging that corporate governance principles had been compromised, that is enough evidence that something had gone amiss in the sale.

Akomea also cited protestations from Civil Society groups, the TUC as evidence that all was not well with the sale.

He argued the sale is being done in "haste" with no due diligence on "value for money."

But aide to president John Rawlings says the arguments against the sale of Merchant Bank to Fortiz are not cogent.

"Is it the first time a board member will disagree over the sale of an asset. Is it strange?" Kofi Adams queried.

He said it is the right of the Board members to disagree with other members over the sale of Merchant Bank but that should not stop SSNIT, who are the major shareholders of Merchant Bank to support the sale.

He said if Ghanaians did not believe or support PC Appiah Ofori when he alleged that MPs had taken 5000 dollars in the sale of GT to Vodafone, the same Ghanaians have the option to not to believe the comments being made by these resigned board members of Merchant Bank.