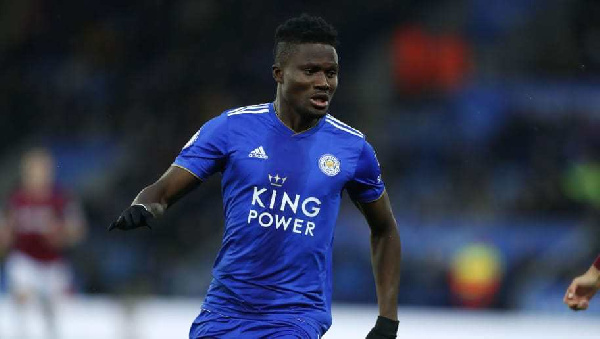 Amartey, 25, joined the Foxes from FC Copenhagan during the 2016 winter transfer window. He was part of the historic 2015/16 Premier League winning team.

He slowly earned a key place in the side during the 2016/17 season, making 35 appearances in all competitions but injuries hampered his progress in the following seasons.

Richard Kingson stated that a move away for his compatriot during this summer transfer window will do him a world of good.

“It is a good time [for Daniel Amartey] to move. He has to get playing time and brand his career again”, he told Nathaniel Attoh in an exclusive interview on the Joy Sports Link.

“If there is a chance for him to play there, he can stay but in this situation, he has to move. If it is not in England or anywhere in Europe, he can go to a good team and play there for one year or two years”.

Daniel Amartey has made one appearance for Leicester City in all competitions this season. He is currently out with an ankle injury and is expected to be unavailable for the rest of the campaign.

DISCLAIMER: The Views, Comments, Opinions, Contributions and Statements made by Readers and Contributors on this platform do not necessarily represent the views or policy of Multimedia Group Limited.
Tags:
Daniel Amartey
Leicester City
Richard Kingson