Rising inflation is a surprise to us, we’ll deal with it decisively – Governor - MyJoyOnline.com

Rising inflation is a surprise to us, we’ll deal with it decisively – Governor 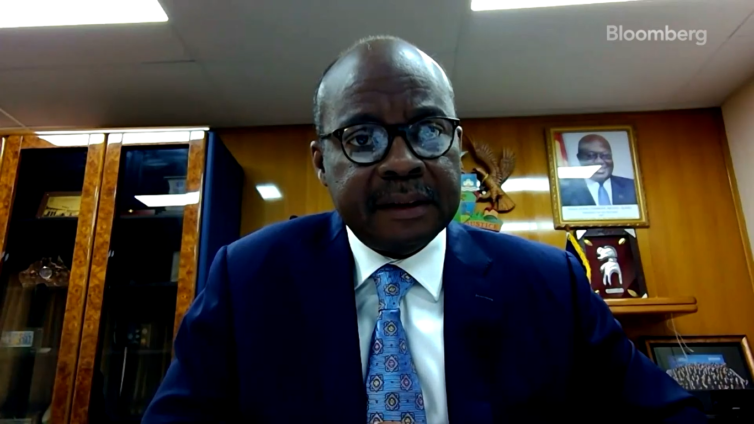 The Governor of the Bank of Ghana, Dr. Ernest Addison, has described the rising inflation rate of nearly 24% as a complicated matter that will be dealt with decisively in the ongoing Monetary Policy Committee (MPC) meeting that began today, May 18th, 2022.

In most scenarios, the Policy Rate – the rate at which commercial banks borrow from the Bank of Ghana – is higher than the inflation rate, but that will not be the case this time around.

Speaking to Bloomberg, the Governor said the rising inflation is a surprise to his team, but will take a major decision to address the issue.

“It’s an issue which in a sense is baffling to all of us. A year ago, inflation in Ghana was near single digit, particularly we were at 7.5% and then we find ourselves a year later in high double digits. It’s a very complicated environment, as you yourself you are aware we have come out of COVID-19. But Ghana fortunately was able to weather the impact of COVD well without recording high interest rates.”

“And is seem as if the economy has pick up significantly with a positive growth rate of 5.4%. At the Central Bank, we have anticipated this. In November last year, we raised the policy rate by 100 basis points [2.0%], and then we were rather surprised by the inflation rate which came out later on. After that in February [2022] in particular which triggered the 250 basis points [2.5%] adjustment in the policy rate”, he explained

Continuing, Dr. Addison said “this week, the MPC will be meeting, I do not want to preempt what the Committee will decide but I think is a very complicated issue. As we said inflation is nearly 24%, we need to take a position on what to do with the current policy rate at 17%”.

On stabilizing the economy, the Governor said his outfit has had limited set of instruments to manage liquidity and interest rate.

However, he believes, it has done well to support government to manage situation.

“The role of the Central Bank in stabilising has been very clear. I mean we have limited set of instrument trying to manage liquidity and trying to manage interest rates; and that is what we have done in the last year or so.”

“As you heard, we have to be conscious of the impact of both external developments and internal developments on exchange rate. And if market get tighter and we see capital beginning to flow out, obviously, interest rates instruments will have to do part of the work”, he added.