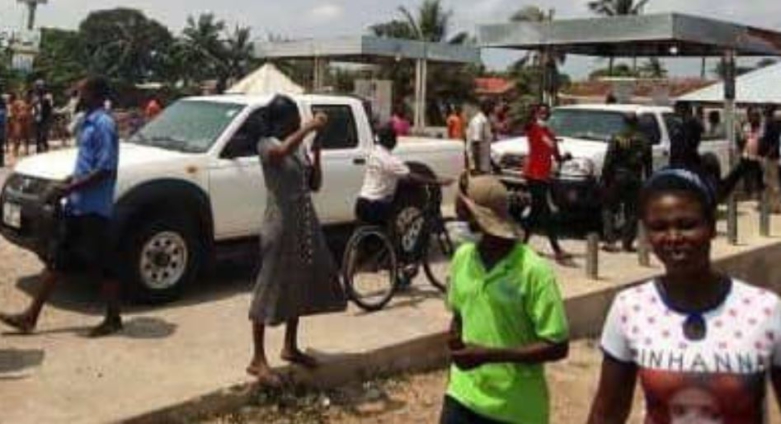 A 54-year old security guard, Edem Kpodogah, with Makolives Gas Filling Station at Tegbi-Xekpa near Busco Junction, has been killed in an attack on the filling station.

The filling station owned by the Volta Regional Chairman of the New Patriotic Party, Makafui Kofi Woanya, was attacked in the early hours of Monday.

The attack also saw the robbers make away with the safe containing the Company’s money.

No arrests have yet been made in connection with the attack on the filling station.

The Keta Divisional Police Commander, Chief Superintendent Leonard Abakah who spoke to the Ghana News Agency, said the Police had begun investigations into the attack to bring the perpetrators to book.

He said the Crime Scene Team from the Regional Headquarters in Ho had been called in to conduct some examinations.

Chief Supt Abakah said the Police suspected that the robbers might have killed the security guard and dumped him behind the building before proceeding to carry out the robbery because bloodstains could be seen on doors to the offices.

The body of the deceased has since been deposited at the Keta Government Hospital morgue awaiting an autopsy to further help in investigations.