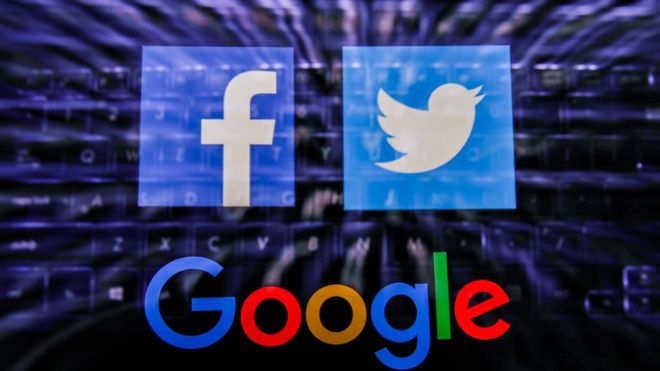 Details of the offending content were not specified in the announcement by the court’s press service.

This is the first time in Russia that a technology giant has been hit with a fine based on their annual turnover.

Google told AFP news agency that it would study the court ruling before deciding on further steps.

Russian authorities have increased pressure on tech firms this year, accusing them of not moderating their content properly, and interfering in the country’s internal affairs.

Hours after the Google verdict was announced, a 2bn rouble fine was handed to Meta, the parent company of Facebook, for similar content-related offences.

This is not Google’s first brush with Russian authorities over content laws. In May, Russia’s media watchdog threatened to slow down the speed of Google if it failed to delete 26,000 instances of unlawful content, which it said related to drugs, violence and extremism.

President Vladimir Putin has pushed for development of a so-called sovereign internet, which would give the government more control over what its citizens can access.

Critics have accused Russia of using the campaign to clamp down on free speech and online dissent.

The country’s media regulator has blocked dozens of websites linked to jailed opposition leader Alexei Navalny, whose campaign groups have been labelled “extremist”.

Websites like LinkedIn and Dailymotion have already been blocked for refusing to co-operate with authorities, and six major providers of Virtual Personal Networks (VPNs) – which help users to conceal their online activities – have been banned.

Earlier this year, Russia also introduced a new law requiring all new smartphones, computers and smart devices sold in the country to be pre-installed with Russian-made software and apps.