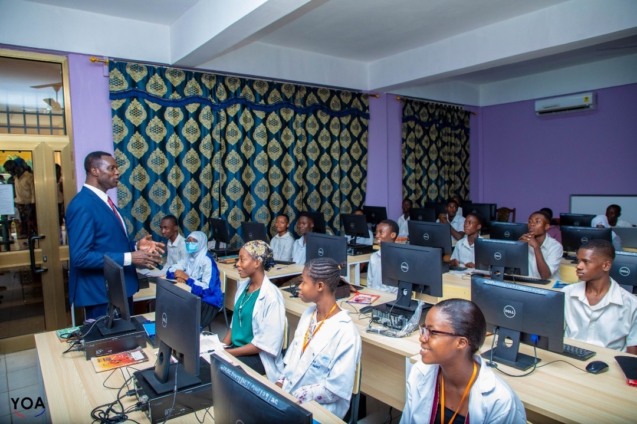 This country has never lacked genuine and committed politicians. Yes, they have been in short supply. But in our recent history, perfect gentlemen like Kwadwo Baah-Wiredu gave us reason to trust some political leaders.

On Thursday, another great citizen flying high the flag, home and abroad, Bright Simons, was the speaker at this year’s lecture where he revealed to the shock of many that about 88% of funds for public procurement does not go through the centralised accounting or GIFMIX system, established as a means to check the grand corruption largely perpetrated through procurement.

He encouraged citizens to try to emulate the courage of Martin A.B.K. Amidu, a man of unquestioned integrity and another great example who gave up his job first as Attorney-General to fight, as a private citizen, to recover a dubious GHC 51m judgment debt to the State.

On the second occasion, he sacrificed his office as Special Prosecutor to save us some 150m dollars income annually in the dubious and botched Agyapa Gold Royalties deal.

There can be no doubt Dr. Yaw Osei Adutwum is in the league of rare political leaders who give us reason to be hopeful that what is broken can be fixed.

The transformational, generational-thinking education minister is not only pioneering the right change in education with STEM – Science, Technology, Engineering and Mathematics, but has, as MP, been sponsoring students to study engineering and medicine in the university.

He is deliberate about this and his goal is to produce at least 100 engineers in his Bosomtwe Constituency in 10 years.

Its only two years since he started this project but he has already put over 90 students in science and technology universities on full scholarship.

Yes, he may be confronting particularly capital-intensive issues on the education front, but the hands-on minister who has the experience of successfully running one of the best charter schools in America, and is often seen in classrooms making the teaching of math and science enjoyable for students, made many proud this week with his moving speech at the United Nations’ Transforming Education Summit.

Listen to him. He is not speaking from a script but from conviction, and what he is dealing with is the practical step to begin the much needed industrialization drive to our economic prosperity so we do not catch cold when Russia or Ukraine sneeze thousands of miles away from us.

We cannot deny this truth that our education hardly produces innovation-thinking because pupils and students are not encouraged to be critical and free to challenge the status quo.

We can play the ostrich, but that training is the very reason the Ghanaian is generally not assertive.

Our bane is the unpatriotic bootlicking-generation and enablers of the unbridled corruption and the near-default incompetence on display.

A lot Is required get to head teachers and others to exercise their article 21 rights to publicly tell parents and guardians what they deserve to know without fear of undeserved treatment.

Even lawyers with special training to not act as timorous souls are failing in this duty, a concern many are excited to know is shared by judges like the Supreme Court’s Justice Jones Dotse.

A few of their colleagues who brave the odds even in making constructive criticisms about the third arm of government where they earn a living, are taken to the slaughter as though it was sacrilegious to publicly criticize mortal men – those I believe are in the minority who have been giving the judiciary a bad name.

Dr. Adutwum seems to face the ugly “pull-him-down” politics even from within a section of his political party.

But observing from where I sit, much of it is the mud thrown at highly successful leaders that never stick because they are what they are – baseless allegations.

Let’s support good people to get a reproduction of multiples of good people and goodness in our society.

DISCLAIMER: The Views, Comments, Opinions, Contributions and Statements made by Readers and Contributors on this platform do not necessarily represent the views or policy of Multimedia Group Limited.
Tags:
Dr. Yaw Osei Adutwum
Samson's Take