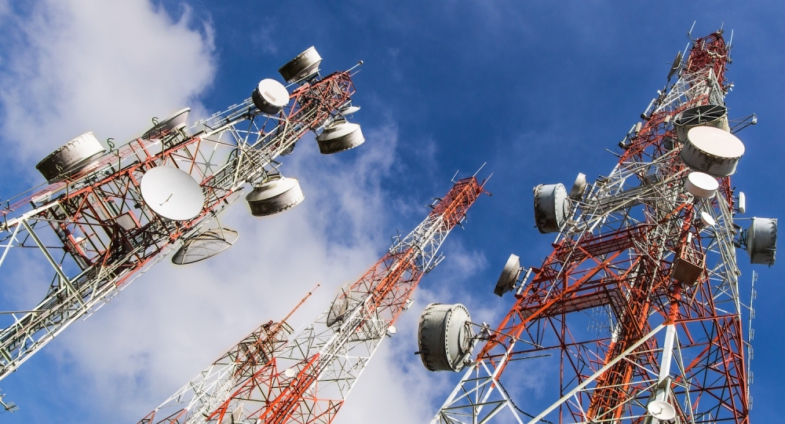 Do you know that per one of Ghana’s own key indicators for declaring a significant market power (SMP) in the telecom industry, MTN should have been declared SMP way back in 2006?

The 1997 to 2006 subscriber base figures published on the NCA’s website indicates MTN had consistently held more than 50% market share over the period. Meanwhile the market share level for one player to be declared SMP for Ghana is 40%. the ideal ITU figure is anything from 25% upwards.

So that brings to mind what other factors may have prevented subsequent governments from doing the needful?

Was it the case that it remained a silent fight among telcos and the regulator, until yours truly made the matter a public one in an article before government acted?

Could it also be that government was considering the common measure for the competitiveness of a market, and that prevented them from using just the market share level to take a decision?

The common measure I refer to is the HHI (Herfindahl-Hirschman Index), which is calculated by squaring all the market share figures of the players in the market and summing up the results. The sum should fall between 0 and 10,000. If it is closer to 0 then the market is considered competitive so no need to name an SMP. But if it closer to 10,000, then the market is becoming monopolistic so the need arises to name an SMP and start implementing ex-ante corrective measure to prevent a monopoly.

Even with the current market share numbers that the Ministry of Communications cited for naming MTN the SMP, the HHI was a little over 4,000, which is closer to 0 than to 10,000. So on that basis, maybe declaring MTN SMP is flawed.

country terminate on MTN. It is only MTN which can afford to close its mobile money gates to all the other telcos on the Mobile Money Interoperability Platform and still make profit on its own because it has 94% share of the market.

Need we say more to justify why there is need for some intervention to give the rest some respite, so they can also emerge and remain competitive? We can make all the arguments about what the others did wrong and or failed to do many years ago, while MTN was investing, researching and taking bold risks. In previous articles, I have spoken at length about what MTN did right and what the others did wrong, even though some of them were in the market before MTN. But the reality today is that MTN is nearing monopoly while the others are not showing any signs of ever catching up.

But must players like Glo, who entered the market long after all of them, and possible new entrants suffer because the market has become so uncompetitive to the point that even after two fairly big operators merged, they are still unable to match up? Indeed, MTN did everything right and did no wrong in researching, innovating, taking the risk and investing to grow. But the market has been left in a situation where very key existing players are dying, while MTN is really forging ahead even faster. That is not a good testimony of a country that wants to show to the rest of the world that when you invest here you are guaranteed good returns.

The regulatory intervention is necessary, to the extent that it does not neutralize the value MTN has created, not only for its original owners, but also for local shareholders, customers, clients, several other businesses which depend on MTN to have a business in the first place, employees (direct and indirect), vendors, suppliers, and most importantly the government.

Let’s also remember that naming an SMP in a situation like this also has some value for the consumer, the industry and the economy. For the consumer it prevents the making of a monopoly that would potentially abuse the consumer. The flipside is, it gives the consumer choice as there would be viable alternatives to the dominant player.

And no one should come and talk about ECG and Ghana Water being monopolies. In this COVID-19 season, government was able to compel Ghana Water to give free water and ECG to give free electricity and 50% discounts. I don’t think any telcos can be forced to do same.

To the industry, it creates the opportunity for the other players to innovate and trust that their products and investment is protected from being dwarfed out by a dominant player who can independently afford to beat any player any day on price. To the economy, once all the telcos are profitable, all of them will pay more taxes and the country is better for it. There may be other advantages, but these are enough to make us want all telcos to remain viable.

Once government has started the process towards curtailing MTN’s growth, or rather boosting the growth of the others, government must put its money where its mouth is and sell spectrum (particularly LTE) to the smaller telcos for less than it sold to MTN.

It is also important for government to put a cap on interconnect rate so that the earnings of the smaller telcos will not be depleted. Lastly, I think government must allow some sort of partnerships between telcos and the BWAs so that they can make value and share. It is good for the economy. It will create/save jobs and help the BWAs to also pay their taxes.

The other telcos cannot sit and expect that regulatory intervention will automatically make consumers run to them and make them profitable. They must take the practical steps to research, innovate and invest like MTN did so that consumers will find them a good alternative to the market leader. They can’t have it any other way.

All other measures such as licensing more telcos, giving 4G LTE licenses to local players and introducing mobile number portability (MNP) have failed to create the needed balance in the industry. Lets hope that naming an SMP will do the trick.

DISCLAIMER: The Views, Comments, Opinions, Contributions and Statements made by Readers and Contributors on this platform do not necessarily represent the views or policy of Multimedia Group Limited.
Tags:
Significant Market Power
Telcos