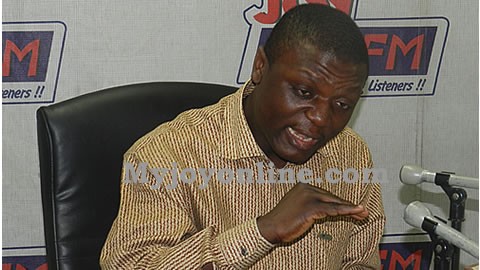 The ruling National Democratic Congress has taken on the NPP and lawyer Sam Okudzeto for spreading “astonishing untruths” about the Supreme Court’s verdict in the 2012 presidential election petition.

Mr Sam Okudzeto and some lawyers critiquing the ruling at forum said after thoroughly reading through the various judgments, the nine (9) justices in fact ruled for the petitioners.

But a statement signed by Deputy General Secretary of the NDC, Kofi Adams, said the analysis were “lopsided”.

“This rendition is not only outrageous, it is utterly scandalous and we condemn it in the strongest possible terms. Who would have thought that after over five decades of practice as a lawyer Mr. Okudzeto would feel obliged to indulge in such blatant distortion of a judgment of the highest court of the land, just to further the interest of his party the NPP.”

According to Mr Adams, the petitioners failed to secure a majority in any of the six issues that they set out in their “ill-fated petition hence the inevitable dismissal of same”.

The Deputy General Secretary emphasized that what the petitioners were relying on were mere administrative and entry errors made on the pinks, and yet the NPP wanted to latch onto it to “to subvert the true will of the people”.

“We wish to state that the Supreme Court remains the final arbiter in matters of this nature and call on all NPP supporters still deluded into believing that they could latch onto purely administrative and entry errors made on pink sheets to subvert the true will of the people to refrain from further undermining the authority of the Supreme Court through reckless pronouncements designed to create panic and anxiety within our body politic. Especially we urge Mr. Okudzeto to move away from such unbecoming conduct and carry himself more as statesman.”