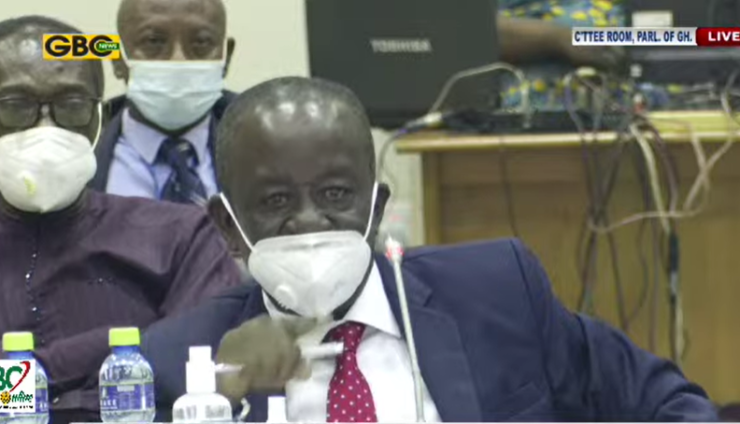 The Minister Designate for National Security has said the Security and Intelligence agencies have lacked sufficient resources to work efficiently over the years.

Albert Kan-Dapaah told Parliament’s Appointment Committee Wednesday that lack of funds has been a recurring issue and it has been prevailing from past governments till now.

“The difficulty has always been that even previous years and we not talking about NDC time, CPP, NPP time the truth of the matter is that the security and the intelligence agencies have never been  given the right amount of money for them  to be able to do their work,” he said.

Mr Dapaah told the Committee during his vetting as that when a developing country lacks sufficient resources, there is always a challenge when it comes to the distribution of funds to the various sectors in the country.

“When you do have insufficient resources, as we have in these developing countries there’s always the challenge of whether money is wisely spent on education, on health and most times it is considered that if you don’t have money to buy chalk, why do you want to go and buy guns?” he asked.

He further stated that the security agencies have been able to safeguard the country and its citizens although sufficient provisions of equipment have not been provided to the police and armed forces.

He added that the world is evolving, therefore, the need for security agencies to be abreast with recent technologies to work efficiently, that which he believes would require a lot of money.

“Things are changing and we believe that it is important for us to find for the security and intelligent agencies monies that they need to be able to do their work.

“Most importantly, Mr Chairman there is the need for us to leverage technology in the way that we do our work and this is something that needs lots of money and something that should get governments to get their minds to it,” he stressed.

DISCLAIMER: The Views, Comments, Opinions, Contributions and Statements made by Readers and Contributors on this platform do not necessarily represent the views or policy of Multimedia Group Limited.
Tags:
Albert Kan Dapaah
Appointments Committee