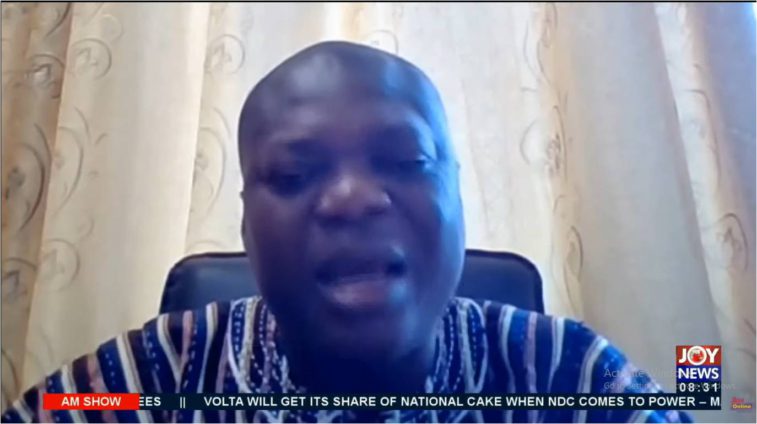 This fund, according to him, should be aimed at supporting entrepreneurs in the country.

Prof. Gatsi believes that a fund as such will be able to support entrepreneurial businesses growth efficiently.

“Government should provide a reasonable entrepreneurial fund that will grow over time and begin to identify the sensitive entrepreneurs that are coming up, support them so that we will get people likes of Facebook in Ghana with time. These people can become the basket that will employ a huge number of people,” he told Israel Laryea on the AM Show.

He was speaking on the back of a comment by the Finance Minister, Ken Ofori-Atta, that the government was not capable of employing any more people into the public sector.

He disclosed that government’s 2022 budget was going to focus more on the youth.

But Prof. John Gatsi says that budgetary allocations to entrepreneurs are not enough.

He criticised suggestions that young business owners should resort to taking loans from financial institutions to support their businesses.

Prof. John Gatsi has described this as a “death bullet.”

“As it is now, you will hear from the budget that this amount of money will be available for entrepreneurs. But we need to grow from that level and give a dedicated fund for entrepreneur activities,” he mentioned.

Aside from the establishment of an entrepreneurial fund, Prof. Gatsi believes that entrepreneurs will thrive in the country if the government allows its agencies to provide startup support services.

He intimated that some situations that cause startups to fail will be avoided should entrepreneurs have access to support services.

“The government should create the platform for more collaboration and coordination to provide baseline start-up support services to entrepreneurs. In the drive to support young entrepreneurs, we have not thought of bringing today the likes of Ghana Bar Association, NBSSI, and Chamber of Commerce so that they will also have start-up advisory services to these people,” he said.

“In some countries, they have incubator services across the country in major towns that are accessible to these people to go in, get advice and move on. But, unfortunately, we don’t have such situations in the country,” he added.

“These are things we need to look at and structure very well. I’m not saying these are going to be immediate solutions. They should be looked at from a strategic point of view,” he concluded.