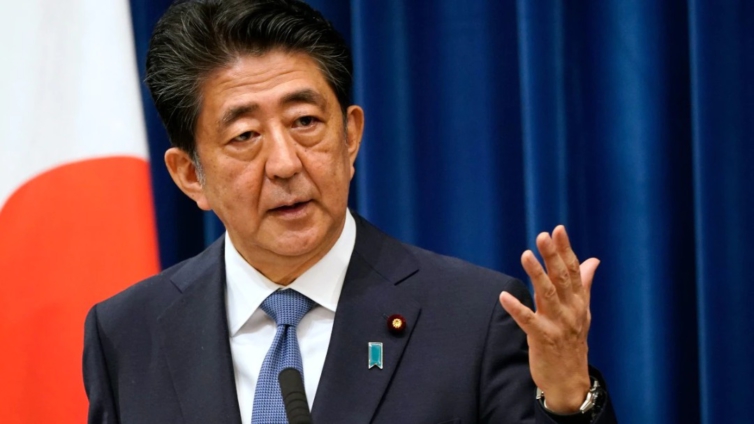 Since news broke this morning of Shinzo Abe’s shooting, messages have been pouring in from friends and contacts, all asking the same question: how could this have happened in Japan?

I felt much the same myself. Living here you get used to not thinking about violent crime.

The identity of the victim only makes the news more shocking.

Shinzo Abe may no longer be Japan’s prime minister, but he’s still a huge figure in Japanese public life, and probably the most recognisable Japanese politician of the last three decades.

Who would want to kill Abe? And why?

I’m trying to think of an equivalent – of another act of political violence that would be similarly shocking to the local population. The one that comes to mind is the shooting of Swedish Prime Minister Olof Palme in 1986.

When I say people don’t think about violent crime here, I’m not exaggerating.

Yes, there are the Yakuza, Japan’s famously violent organised crime gangs. But most people never come in to contact with them. Even the Yakuza shy away from guns because the penalties for illegal possession are just not worth it.

Consequently, gun crime virtually doesn’t exist here. On average, there are fewer than 10 gun-related deaths in Japan each year. In 2017, there were just three.

Little wonder then that much of the attention has been focused on the gunman and the weapon he used.

Who is he? Where did he get the gun from? Japanese media is reporting that the 41-year-old is a former member of the country’s self-defence forces, the equivalent of an army.

But closer inspection shows he only spent three years in the navy. The gun he used is more curious. Pictures of it lying on the ground after the shooting show what looks like a home-made weapon. Two bits of steel pipe stuck together with black gaffer tape, with some sort of handmade trigger. It looks like something fashioned from plans downloaded off the internet.

So, was this a deliberate political attack, or the act of a fantasist, someone who wanted to become famous, by shooting someone famous? So far, we don’t know.

Japan has certainly had its share of political assassinations. The most famous was in 1960 when the leader of Japan’s socialist party, Inejiro Asanuma, was stabbed in the abdomen by a right-wing fanatic wielding a samurai sword. Although right-wing extremists still exist in Japan, Abe, a right-wing nationalist, would be an unlikely target.

In recent years, we have seen another type of crime becoming more common here. The quiet, lonely male with a grudge against someone or something.

In 2019, a man set fire to a building housing a popular animation studio in Kyoto, killing 36 people.

The man told police he had a grudge against the studio because it had “stolen his work”.

In another case in 2008, a disgruntled young man drove a truck into a crowd of shoppers in Tokyo’s Akihabara district, then got out and started stabbing onlookers. Seven people were killed.

Before carrying out the attack he had posted a message online saying, “I will kill people in Akihabara” and “I don’t have a single friend, I am ignored because I’m ugly. I am lower than trash”.

It’s not clear yet whether Abe’s shooting fits in to the first or the second category. But it seems certain that the assassination will change Japan.

Given how safe Japan is, security here is very relaxed. During election campaigns, like the ongoing one, politicians literally stand on street corners giving speeches and shaking hands with shoppers and passers-by.

It’s almost certainly why Abe’s attacker was able to get so close and discharge the weapon he had cobbled together.

That surely has to change after today.

DISCLAIMER: The Views, Comments, Opinions, Contributions and Statements made by Readers and Contributors on this platform do not necessarily represent the views or policy of Multimedia Group Limited.
Tags:
Assassination
Ex-Japan leader
Shinzo Abe