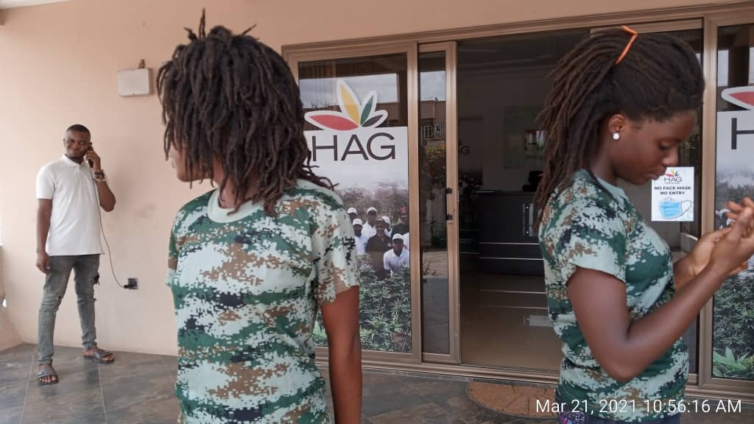 Some old students of the St. John’s Grammar School are threatening to cause the withdrawal of two Rastafarian girls who were admitted to the school last week if they fail to cut their dreadlocks.

The two girls, Nikita and Amrita Marhguy, make up triplets with Tyrone Marguay, who was refused admission into Achimota School for similar reasons.

In an interview with Joy News’ Manuel Koranteng, father of all three students, Ras Marhguy, said the girls returned from school on Monday with a message that they report with their parents the next day to discuss their hair. This was after they had been allegedly admitted and had started school.

“But he said no problem, you should make sure they submit everything and then be in the school and then you can come next week so we talk. So I thought everything was cool until they came with this report yesterday,” he said.

Mr Marguay tells Joy News that, when they arrived at the school premises, officials of the old student association asked him to cut his wards’ hair or risk having them removed.

“When we came, one man came out and told us that Achimota is their sister school and that they have rules which must be obeyed and so if we wanted the kids to be in the school, we should go cut their hair,” he claimed.

According to Tyrone Marhguy, he and his sisters feel angry, disappointed and oppressed by the actions of the authorities of both Achimota School and St. John’s Grammar.

“I am angry, I am sad, I am disappointed, all put together. [My sisters] are also affected now. I came to visit them yesterday and everything seemed cool. But they came home complaining that back at school, some members of the Old Students Association (JOSA) came and asked them questions they found very offensive,” he told Joy News.

‘‘[They asked her, ‘do you even wash your hair? So how do you feel having this nasty thing on your hair? As if it was something disgusting,” Tyrone alleged.

He wants to be assessed based on merit and not his hair which is only an extract of his religion.

“It’s our culture. It’s our belief. They are Christians and we are Rastafarians. Is there any problem keeping up with our own culture,” he quizzed.