For months, Silicon Valley seemed to be heeding the advice of one of their most powerful figures, billionaire investor Peter Thiel, who said President Trump should be taken "seriously, but not literally”.

But at the international arrivals gate at San Francisco airport at the weekend, things were getting very literal, very quickly. What the tech industry had feared might happen, was happening.

The impact of President Trump’s immigration ban on tech companies has been immediate. And one-by-one the major firms and personalities in this part of the world spoke out with a fervour some felt was long overdue.

It was Google’s Sundar Pichai that really got the ball rolling. Late Friday, he sent a memo to all employees raising his concerns and revealing that more than 100 Google staff were directly affected. His words were quickly shared beyond the inboxes of the search giant.

Through social media, we heard from Netflix’s Reed Hastings who said the executive order was "so un-American it pains us all”.

Apple chief executive Tim Cook told staff the order was “not a policy we support”. 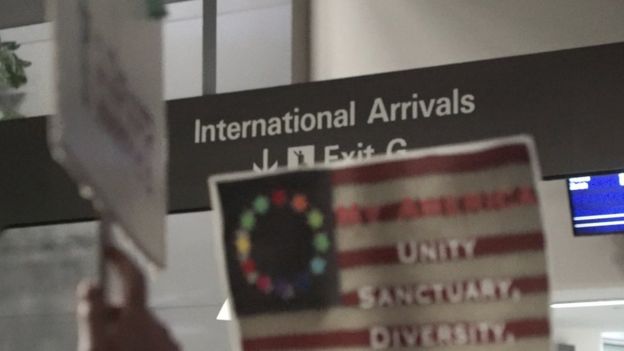 It kept on coming.

AirBnB co-founder Brian Chesky offered free housing to anyone caught outside of the USA, unable to return home.

Slack’s Stewart Butterfiled invoked historical comparisons in his statement, tweeting: "My grandfather came from Poland between the wars, at 17, sponsored by an elder sister. Two more siblings made it. Everyone else died."

"Trump’s immigration ban is antithetical to both Lyft's and our nation's core values,” said Logan Green, CEO of ride-sharing firm Lyft, a company less well-known in Europe but one which competes with Uber in the US.

Uber chief executive Travis Kalanick said “this ban will impact many innocent people”, and set up a $3m (£2.4m) fund to support staff, including drivers, caught up by the orders.

(Still, the company that doesn’t like to let a good PR banana skin go to waste outdid itself when it appeared to be capitalising on a taxi strike at JFK airport by removing surge pricing.)

The cause for concern is about skilled immigration, the lubricant that keeps Silicon Valley working. The US doesn’t create nearly enough software engineers and developers to sustain these enormous companies, and so foreign brainpower does more than plug the skills gap.

“There’s still a massive shortage of talent necessary for our organisations,” said Aaron Levie, chief executive and co-founder of Box, an online storage firm worth just over $2bn.

“We should be doing whatever makes America the most competitive as possible in terms of creating future jobs, in terms of being at the bleeding edge of key industries.

"Any policy that hurts high-skill immigration is a disaster."

The ban affected several of his employees, Mr Levie said. One of its co-founders is of Iranian descent.

Still, among the praise directed at firms over their statements this week, there were voices wondering: what took them so long?

In a region – and indeed a state – where liberal thinking is front and centre, many were left aghast when it seemed the tech companies’ first reaction was to get around a table with the then President-Elect and talk policy.

The suggestion remains that while Silicon Valley likes to paint its decisions with colourful ethical values, it’s the bottom line that is the be all and end all. 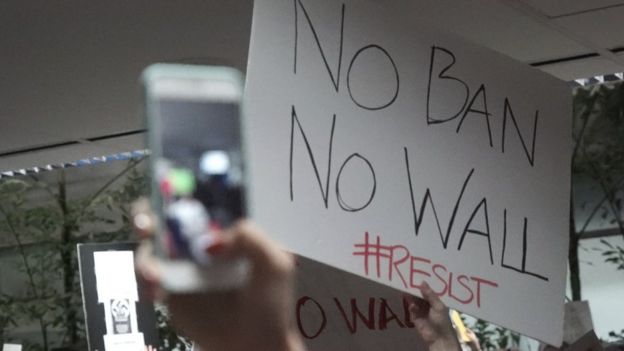 But both goals need not be mutually exclusive, Mr Levie said.

“We’re getting to a point in the world where it’s really hard to separate morals from our organisations,” he said.

"We are built on people, and we are built on having cultures of people that can come together and work productively and be welcome in their communities. It is both a business issue and a moral issue.”

Tess Townsend, a journalist for tech news website Recode – the publication which has been most outspoken about the tech industry’s willingness to embrace President Trump – said any prior restraint from the companies was flipped upside down when the executive order was enforced.

“People are seeing the real impact in a way that’s not theoretical,” she told me.

"I think often times when we talk about policies being passed, we think about it having an impact but it’s not super immediate – the impact may not be felt for another few months, or maybe a year later.

“But this is something where people are being stopped at the airport now."

Uber’s Travis Kalanick, and Tesla’s Elon Musk, are both part of an advisory panel scheduled to meet with President Trump on Friday.

Mr Musk used Twitter to solicit concerns about the orders that he said he will raise with the President, though he urged his followers to read the policy for themselves and not rely on media coverage. 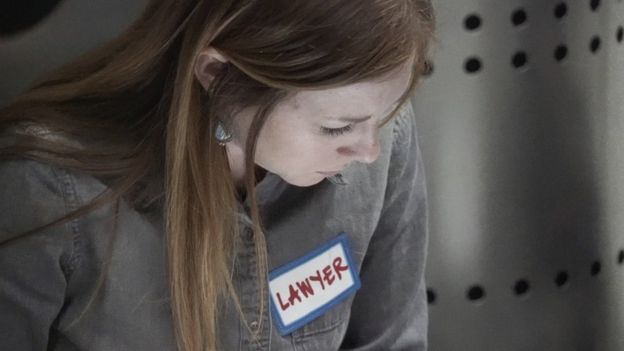 Several large donations have been made to groups offering legal support

In addition to the earlier made statements, companies – and the wealthy individuals within them – rallied around groups offering assistance to those affected by the orders.

Google set up a “crisis fund” of $2m which could rise to $4m with employees’ own contributions. Lyft said it would give the American Civil Liberties Union (ACLU) $1m over the next four years.

Big-time investors such as Chris Sacca shared news of their own donations – $150,000 in his case – to various groups.

The executive order is only intended to be a temporary measure, President Trump has said. For the time being, as I type, there is still a sizable crowd gathered at San Francisco airport, cheering in each arrival.

And on several placards, the face of this region’s most revered figure, Steve Jobs – the son of a Syrian, adopted by Americans.