SIM re-registration exercise comes at no cost to the state - NCA - MyJoyOnline.com 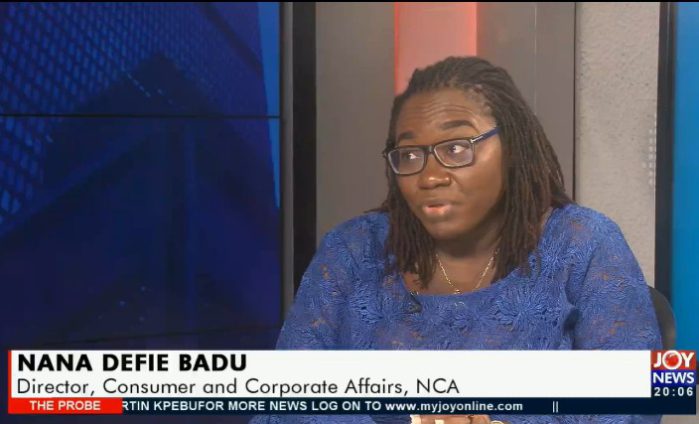 The Director Consumer and Corporate Affairs of the National Communications Authority (NCA), Nana Defie Badu, has revealed that the SIM re-registration exercise is being organised at no cost to the state.

According to her, the only expenses involved is for the promotion of the exercise which she states are being borne by the Authority with help from the Mobile Network Operators (MNOs).

Speaking on The Probe on JoyNews, on Sunday, Mrs Badu said, “I am sure you may have seen from the online platforms of some of the MNOs that they are actually sharing the communication that we are going with.”

The re-registration of SIM cards officially kicked off on Friday, October 1, 2021.

The exercise, which is in accordance with the Subscriber Identity Module (SIM) Registration Regulations, 2011, LI 2006 is to curb SIM Boxing and other criminal activities perpetrated by fraudsters using fake SIM cards and facilitate E-education, among others.

As a Ghanaian, you can register a total of 10 SIM cards across all networks but you can only do so with a Ghana card.

According to the Ministry of Communications and Digitalisation, unregistered SIMs after the deadline will be deactivated.

Mrs Badu stated that although there are no official numbers yet, the NCA’s checks show that quite a number of people have completed the first stage of the re-registration since the launch of the exercise.

She explained that the exercise will aid consumers to stay connected, making sure they are able to receive communication services and to secure their SIM-based transactions.

“For the regulator (NCA), it helps us to be able to develop a SIM database with integrity. We also want to be able to boost and build some security regarding services which are based on the use of communication services and it will help us develop and regulate the industry even better,” Mrs Badu stated.

She added that the SIM re-registration exercise, will also aid operators to know the exact subscribers they have and be able to develop services around those demographic groups.