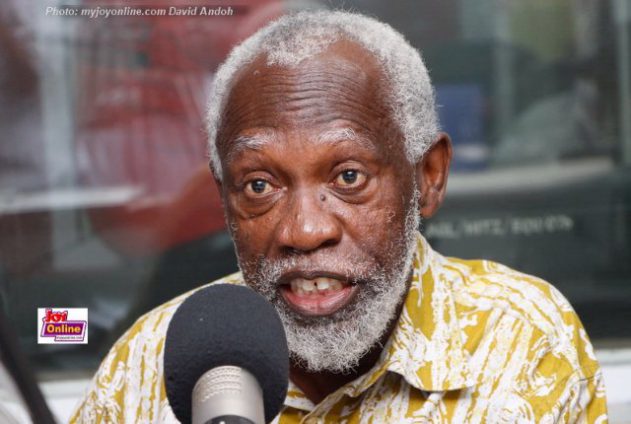 The Economist said this phenomenon does not augur well for the country as it is leaving the country’s development in the hands of only politicians.

Professor Adei in an interview with Accra-based Asaase Radio, explained that “sane voices” are imperative to the development of the country.

“I think that certain voices must be heard. I think that there is too much silence and therefore the only people you are hearing are these politicians…especially these social media insults; that’s why you don’t hear people like Kwame Pianim, Ishmael Yamson; these are people who have brains but they don’t talk because a serial caller will just insult you…,” he explained.

In April this year, successful Ghanaian business mogul Sir Sam Jonah shared an article titled ‘Down the up escalator: Reflections on Ghana’s future by a senior citizen.

The former Ashanti Gold CEO said, “the late Tiny Rowland once told me that there are three circumstances where you can tell the truth without fearing the consequences;

1) if you are Mahatma Gandhi…….you have no interest in the material world.
2)if you are a Rockefeller….you are so wealthy, you have become untouchable.
3)If your doctor has told you that you have only three days to live.
I will add a fourth one.
4)When you have reached my age, and you have serious concerns about the future of the next generation, it will be irresponsible not to speak up.”

Sam Jonah lamented how people like him are criticised by people who hide behind social media whenever they speak their minds.

“Of course, we have all been witnesses to how political parties use social media to unleash their attack dogs on critics. The fear is real, but let me state without equivocation that in succumbing to our fears, we actually make matters worse because impunity and mendacity reign supreme.

“As the saying goes, fear is the path to the dark side. We must find our voices; otherwise, we become okay with the ills of society or that we become powerless. Either way, we will be the worse for it. A wise man once said that the necessary condition for evil to triumph is for good people to remain silent,” he wrote.

On his part, Prof Adei said such a development does not develop a nation.

He called for independent voices and persons in academia to be bold and speak up to contribute to the country’s development.

“What is needed is independent voices and people who don’t depend on the system for survival. And I believe that especially people in academia have a lot more to do.

“People in businesses are very vulnerable because our system has a way of crippling your business irrespective of what you are doing for Ghana if you get to the wrong side of the politician,” Professor Adei noted.

Professor Adei added that for the country to develop, it calls for sane voices to put the country first.

“But there is the need for independent voices that put Ghana first [to be heard], and you won’t get from the typical politician because of their trade… I can tell you, we need only 50 sane voices, and Ghana will change,” he said.