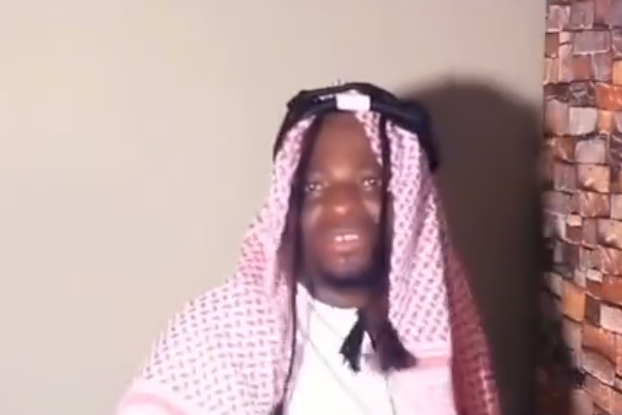 Brother Sammy’s ‘Allahu Akbar’ came at a time when the Muslim community are observing Ramadan.

The melody of the song is similar to that of ‘The Millennium Prayer’ by Cliff Richard. The difference is the tempo of the music and the lyrics.

In the video, Sammy was clad in a white robe – popularly called ‘Jalab’ or ‘Jalabia’.

He tied to his head, a white and red check-patterned Arabian scarf; with Islamic counting beads in his right hand.

Brother sammy just dropped this one

Some users on Twitter are wondering what a gospel artiste has got to do with the Islamic Region.

A section of the users believe Brother Sammy meant no harm in his latest track. Others laughed at the whole controversy.

In an exclusive interview with Doreen Avio on Monday, the ‘Nation Worshipper’ said his single “is a unity song.”

Citing the Holy Bible, he said: “United we stand, divided we fall. Unity is what we need here in Ghana. It doesn’t mean that because I am a gospel artiste, the Muslim is my enemy.”