Social media users disappointed Ronaldo-Ramos is off the table for UEFA Round of 16 - MyJoyOnline.com 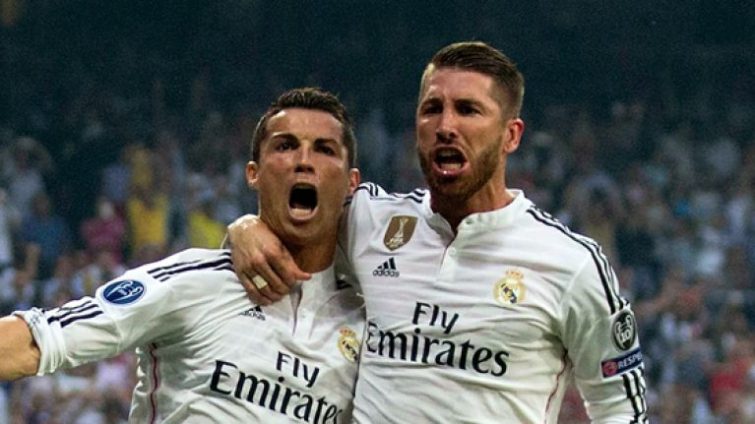 Twitter has been chirping since an earlier Champions League last 16 draw paired Man United against PSG, with fans excited that Cristiano Ronaldo and Lionel Messi will come head-to-head again.

Manchester United was drawn against Paris Saint-Germain in the Champions League last 16 draw on Monday.

Sports enthusiasts were busily anticipating a face-off between Ronaldo and Sergio Ramos when the two teams meet. They wanted to know if Ronaldo’s skills at the centre forward position could surmount the defence of Ramos at centre back.

This clash for many would have been extraordinary because the two players stood on the same pitch to defend Real Madrid.

Ramos as captain, led the Ronaldo-dominated Real Madrid team. Since 2005, Ramos made 671 appearances in a Real Madrid shirt for the next 15 years and won every trophy, including five La Ligas and four Champions League titles.

According to the Red Devil fans, they cannot accept this draw against PSG. So instead, they claim it was a rig.

Y’all forgetting that Ronaldo has to face the real goat, Sergio Ramos😂 https://t.co/V1VyxXaN2j

Honestly..! If Ramos is starting against united, trust me he will take Ronaldo to the cleanest in the 10 minutes.😁😁

Mbappe when he hears PSG have drawn Manchester United in the Champions League.#UCLdraw pic.twitter.com/GW8mVVsyS7

Manchester United has been robbed in the draw.#UCL

@Mykhey_17 @vayisi Shit was rigged, must be redone
Manchester United not put into the pot of group winners after runners-up Atletico Madrid were drawn, while Liverpool were also mistakenly put into the pot to potentially face Atletico despite playing them in the group stages

The dreams of many, for now, will be shattered. This is because the Union of European Football Association (UEFA) says there was a technical problem during the draw.

“Following a technical problem with the software of an external service provider that instructs the officials as to which teams are eligible to play each other, a material error occurred in the draw for the UEFA Champions League Round of 16.”

Given this, the earlier draw is null and void. A new draw will be done at 1500 CET, according to UEFA.

As a result of this, the draw has been declared void and will be entirely redone at 15:00 CET.

The question remains, will Man Utd be drawn to PSG in the next draw, or will sports fanatics have to wait another time to see this clash hopefully.

Here are some reactions to the cancelled clash:

Draw repeating 7:30
Once again give that PSG vs man United
I want to see ronaldo vs Ramos 🔥🥺