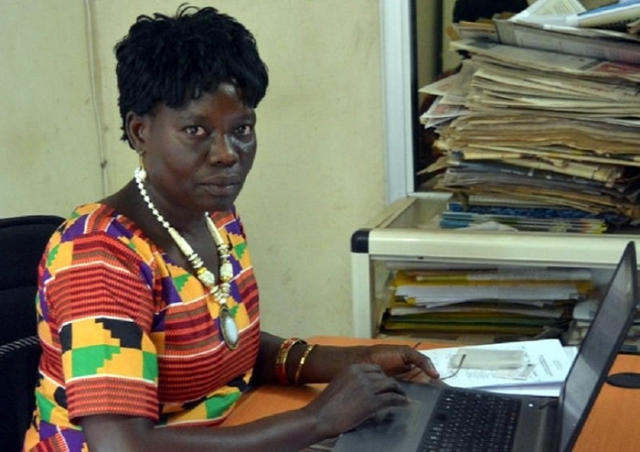 Anna Nimiriano Nunu Siya, Editor-in-Chief of Juba Monitor, a South Sudan based newspaper has been ranked 8th on 50 World’s Greatest Leaders for 2019.

The South Sudanese Journalist with more than fifteen years of experience in print and broadcast journalism was rated by Fortune Magazine, an American multinational business magazine headquartered in New York.

Anna Nimiriano was offered the distinction due to her devotedness to reporting factually without fear nor favour in war-torn South Sudan marred by civil war since it gained independence in 2011 from Sudan.

Shunning all intimidations to keep the newspaper in the markets despite threats to shut it down coupled with the arrest of her colleagues, Anna’s determination granted her the place at the coveted award.

“South Sudan has lost five years and an estimated 383,000 souls to civil war, and the challenges of speaking truth to power at Nimiriano’s newspaper range from gas shortages to death threats. When security forces hauled a colleague to jail and told her to shut down the paper, she persuaded them to release him and let her publish. The battles will surely continue,” Fortune Magazine writes about Anna’s journey and sacrifices.

On the other hand, Nigerian business mogul, who has for years now topped the chart as the richest man in Africa, Aliko Dangote, was the second African on this years’ Fortune Magazine, rated 11th on 50 World’s Greatest Leaders for 2019.

The business magnate, investor, and owner of the Dangote Group is widely known for his philanthropic largess across Africa.

The other Africans in the list are the FIFA Secretary General, Fatma Samoura who placed 27th, followed by Ghanaian-American computer scientist and founder of digital activist group Algorithmic Justice League, Joy Buolamwini. She placed 34th on the list.

According to Fortune, this years’ 50 World’s Greatest Leaders is the “home of the brave…thinkers, speakers, and doers who have made bold choices and taken big risks—and move others to do the same.”

Dangote got the distinction among thousand other world leaders, politicians and businessmen due to the impactful philanthropy he carries out via the Aliko Dangote Foundation.

DISCLAIMER: The Views, Comments, Opinions, Contributions and Statements made by Readers and Contributors on this platform do not necessarily represent the views or policy of Multimedia Group Limited.
Tags:
South Sudan