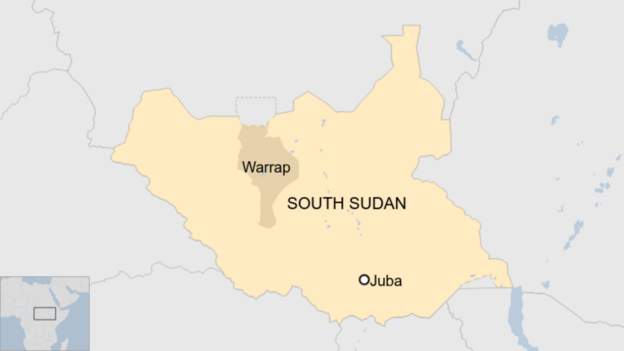 The peace implementation process in South Sudan remains worryingly slow after two years of signing the 2018 revitalized peace deal between the government and opposition, experts have warned.

South Sudan on Sunday marked the anniversary of the conflict that broke out on Dec. 13, 2013, with experts observing that most of the crucial aspects of the peace deal, like the security arrangement are not yet fully implemented.

Rajab Mohandis, the Executive Director for the Organization for Responsive Governance, said that the agreement is getting stalled as the country marks the 7th anniversary of the conflict that killed tens of thousands and displaced millions both internally and externally.

“The unfortunate part is that the peace agreement that was signed is getting stalled, it is no longer being implemented as expected, most of the deadlines of the agreement so far have been missed,” Mohandis told Xinhua.

Speaking to Xinhua on Monday, he disclosed that despite President Salva Kiir, First Vice President Riek Machar and other parties to the peace deal having established the transitional unity government and other institutions as mandated by the peace deal, several of these things remain dormant.

“The agreement has not been adequately delivered to ordinary citizens and this is a very serious point of concern that the agreement is not meeting its intended objectives,” he added.

Both Kiir and  Machar last week agreed to fully reconstitute state and county governments after several months of disagreement.
The parties had been in disagreement over the appointment of Johnson Olony to head the northern oil -rich Upper Nile state.

Olony, a member of Machar’s Sudan People’s Liberation Movement-In-Opposition (SPLM-IO) which is in a power-sharing government with President Kiir’s SPLM, remains a divisive figure for having defected in 2015 from the government to the opposition at the height of the conflict.

Since October, this year the South Sudan army (SSPDF) and SPLA-IO under Machar have been clashing, especially in Moroto training center in Central Equatoria with the latest clash taking place in Dinji training center in Maban County in Upper Nile state.

These clashes involve SPLA-IO troops assembled for training before being part of the unified forces with government troops estimated at 83,000 personnel.

Mohandis revealed that the Cessation of Hostilities (CoH) since 2017, remains the major achievement as it’s largely holding despite intermittent clashes in some parts of the country that threaten to unravel the peace deal.

There is already a violation of the ceasefire, there are ongoing clashes between SSPDF and SPLA-IO in Moroto. This is despite the ceasefire holding since 2017,” said Manyang Gatwech, Executive Director of the Center for peace and advocacy.

Manyang said the parties in transitional unity government should expedite the process of establishing the parliament to debate and enact laws, including passing the annual 2020/21 budget.

Manyang also added that there is a need to repatriate thousands of refugees living in neighboring countries like Uganda, Ethiopia, Sudan and the Democratic Republic of Congo.

He, however, noted that the presence of FVP Machar in Juba with other parties once opposed to Kiir already boosts trust and confidence in the peace process, despite immense challenges ahead as we approach 2021.

“There is a bit of trust and confidence-building among the key political leaders, the leader of SPLM-IO (Machar) is in Juba, and he is moving with his party members, this is a great gesture in the peace process and also the parties are talking on issues,” said Manyang.

DISCLAIMER: The Views, Comments, Opinions, Contributions and Statements made by Readers and Contributors on this platform do not necessarily represent the views or policy of Multimedia Group Limited.
Tags:
Peace Deal
South Sudan