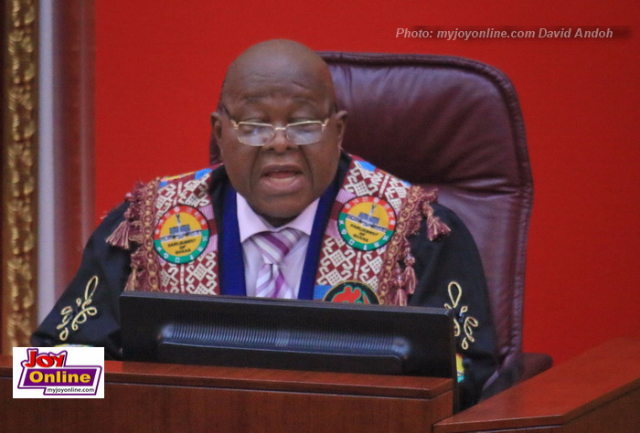 Speaker of Parliament, Prof Mike Ocquaye, has threatened members of the Parliamentary Press Corp with sanctions if they leave the chamber to cover press conferences held by members of either side of the House while proceedings are ongoing.

The stern threat by the Speaker follows a complaint by the Majority leader Osei Kyei-Mensah Bonsu on the floor of the House, Wednesday.

Minority Leader, Haruna Iddrisu, backed the Majority Leader’s concerns and urged the media to be guided.

Giving his final comment on the matter, Speaker, Prof. Mike Ocquaye, urged the media to remember that they are just guests of the House.

He said press accreditation to cover Parliamentary business could be withdrawn if the journalists fail to heed his warning.

Meanwhile, the threat by the Speaker has been described by some members of the press as an affront on press freedom.