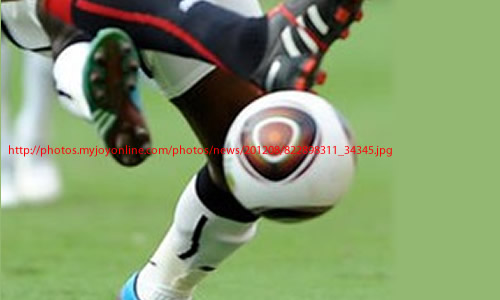 The Ministry of Youth and Sports will later today hold a stakeholders forum for sports administrators to discuss plans of developing the country’s football.

About sixty football administrators will engage each other in a discussion about how to fix emerging problems plaguing the country’s football.

The country’s football has come under the spotlight following a disastrous campaign at the ongoing World Cup tournament in Brazil.

The Black Stars demanded their appearance fees be paid them in cash before their final group stages game with Portugal, compelling the government to airlift $3 million dollars in cash to Brazil.

This caused a stir among many football pundits who said the decision taken by the government was inappropriate and humiliating.

There were also some reports about player indiscipline in camp which led to the dismissal of striker Kevin Prince Boateng and midfielder Sulley Ali Muntari.

Ghana came last in the group stages losing to Portugal and United States of America and drawing with Germany.

The two-day programme to be held by the Ministry of Youth and Sports with support from the Ghana Football Association (GFA) will seek ideas with regards to how to develop a strategy to  address the problems in the country’s football.

Coach and footbal analyst,  Nana Agyeman, is confident the move by the sports ministry is a step in the right direction.

"I am sure it is a sharing of ideas; something that can form the basis for peopel to work with, i.e. the ministry and the Ghana Football Association", he said.

He however cautioned the GFA to have its own roadmap towards developing the football in the country, adding it must make such a roadmap available at the discussions to enable participants at the forum to identify strength and weekness in them for successful execution.