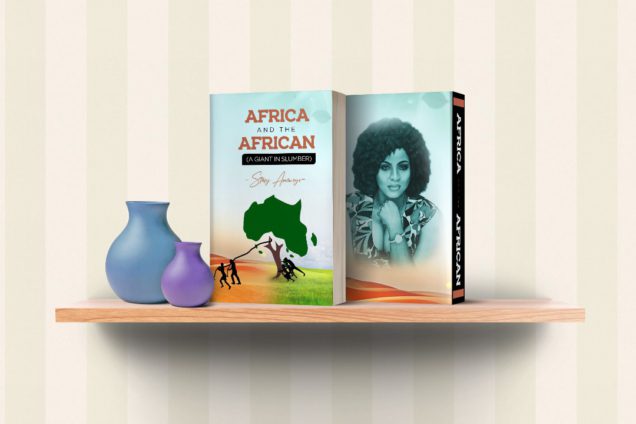 Many have asked questions about Africa and the way forward for the continent known and referred to by many foreigners as the golden land with dark clouds (created by her denizens).

The one time land of possibilities where everyone from far and near comes to fetch from her reservoir of riches is gradually losing its greatest asserts embedded in the land by the same hands that are supposed to protect it.

The questions around the continent are many and can’t be answered in one piece but for growth to be achieved, leadership must take a pivotal position. There’s a joke (depending on the seriousness you want to attach to it) that America and Europe are the past, Asia is the present and Africa is (can be) the future.

The baton has been passed a long time but will Africa run with it to the finish line to become the continent most dreamt of – the land of greatness, the future of the world, where everything and anything good is possible.

All the hectic paralytic questions lingering in the atmosphere prompted seasoned African author, Stacy Maweunam Amewoyi to dig for the sources that have contributed to the fate of the continent as it stands – both good and not so good.

With that brings the question of leadership and what most of the past and present leaders have done to better the continent, their actions have either made the continent a place of possibilities or just land with a lost cause. So she opened her chapter with the apartheid era in South Africa, and how Nelson Mandela single-handedly formed a unit to fight the demons from his land who wanted to legalize segregation based on the colour of the skin, in other words – legalize racism,  and he paid the price for it.

Sometimes, fighting the bad with good can be a long ladder full of heartbreaking sacrifices to climb, it isn’t easy at all. During the apartheid era, black workers were made to work for hours without proper meals or water, and were made to live in areas sunken in poverty while the white workers were treated like royals.

A typical case of a black person becoming a slave (foreigner) in the country of birth. Mandela – a lawyer found this to be barbaric and inhuman and fought it till equality was achieved. In the chapter, Stacy Maweunam Amewoyi, emphasized the sacrifice made by Mandela – he went to jail for what he believed was the right way forward, people of colour or different backgrounds deserve equal treatment as the so-called privileged majority in the society – equal rights for all.

For a man to stand against all odds and be sent to jail just for the right of others, that bravery and total conviction towards a worthy cause, and till date, his name is being mentioned and adored for setting the pace for others to follow in almost every corner of the world. Although racism has continued to eat into the fibre of society, Mandela’s bold action brought the world’s eyeballs on the situation, his country of South Africa and many other countries began taking the conversation around equality very seriously, and actions to eradicate it is being reviewed and implemented.

“I had no epiphany, no singular revelation, no moment of truth, but a steady accumulation of a thousand slights, a thousand indignities and a thousand unremembered moments produced in me an anger, a rebelliousness, a desire to fight the system that imprisoned my people. There was no particular day on which I said, “Henceforth I will devote myself to the liberation of my people; instead, I simply found myself doing so, and could not do otherwise.” Nelson Mandela.

Stacy penned Mandela’s contribution to the growth of Africa starting from South Africa. He is among a series of leaders that have served their various nations and the entire continent with every drop of blood within them. Ghana’s Dr Kwame Nkrumah went to every extent to ban white domination over the country and forced freedom from the hands of the oppressor for Ghana and made it an independent state to date.

Ghana is a free state because of his and other bravery and determination through the formation of the big six that led the revolution for freedom in the country. Before the freedom, Ghana and other West African states were a rich source of slavery for the oppressors, an event that has become part of the country’s history forever.

She brought the conversation around the histories of other prominent leaders like Jerry Joh Rawlings, Muammar Gadaffi, Kofi Annan, Ellen Johnson Sirleaf, others.

Ellen Johnson Sirleaf made history by becoming the first female head of state in Africa when she won the Liberian election just two years after the country came from a long civil war that threatened the foundation of the country to near collapse.

Her election into power alone was enough statement from the citizens that if the men won’t provide a stable economy leading to the creation of jobs and a working system then a woman will be elected to do just that. Ellen’s contribution to the stability and the empowerment of women in the country was well received and appreciated by the world winning her the Nobel Peace Prize in 2011; she won it with peace activist Leimah Bowie.

“Girls’ education seems far too often as an unnecessary indulgence, rather than the key investment it is, it’s still underfunded and understaffed. Too often girls are discouraged from pursuing an academic training, no matter how promising they may be.’’ She said after picking the world.

With all these notable leaders, their stories of what they have done to impact the African country are not highlighted enough. Yes, not all of them have done good for the continent but we can all nod in agreement that no one is hundred per cent perfect.

A portion of these leaders has also inflicted pain on Africans or their citizens while the rest have done nothing but a wholehearted devotion to the course of making Africa an enviable continent. Is it fair to say that Africans haven’t embraced the quest for change and waking up to the reality that no one can fix this continent except Africans themselves?

Hence, Stacy Maweunam Amewoyi in this first chapter of the “Africa and the African” sub-headlined it, “A Giant In Slumber,” just remind African of the need to look at the history of these leaders that have devoted a lot to get this continent to its current state – where freedom, ban on slavery, equality and other human rights campaigns have been won, and Africans can walk about freely without any fear of the oppressor willing to abuse or take them back to the old days of torment. From the novel, Stacy Maweunam Amewoyi points out the need for Africans to quickly take a second look at mental slavery because physical slavery might have been abolished but the mental one is taking centre stage now.

You can’t be entirely free when you still go back to your former master to borrow money to develop your continent. When you master knows very well that you have everything it takes for development to be in effect yet still you are blinded by luxury eating everything now and not thinking of the future of the generations after you – and what they stand to benefit if the continent is kicked into dirty gutters of life. At this stage, because you still depend on your oppressors for help to build your continent.

The negotiations hop from physical abuse to mental abuse – where the oppressors tell you what to do with the financial support you are getting from them – therefore, the oppressors come for almost all the natural resources at your disposal in exchange for money. A lot of Africans have complained that the majority of the companies in Africa are owned by foreigners – giving Africans orders in their continent, who do you blame for this?

The current leaders are to be blamed and the citizens too because, the problem of Africa is deeper than everyone thinks – it’s like a chain of reaction, the leader in power is misbehaving, the one waiting in line to be in power will also repeat the same decisions taking by his or her predecessors or even worst.

So for Africa to be the golden land it was created to be, every citizen born on and off the soil must have a common mind of developing the continent for tomorrow, not today, because today has already gone wrong but we can start making tomorrow better by starting now.

The leaders and citizens can’t afford to sleep, the time is now for every single soul of the continent to rise and get to work. Stacy Maweunam Amewoyi dug deeper to expose certain hidden facts on the continent in the “Africa and the African” novel that will help you rethink every decision you take regarding Africa.

The novel – Africa and the African – come in four different units – ‘’A Giant in Slumber,’’ ‘’ The Falling Powers,’’ ‘Existing Simultaneously As Allies,’’ ‘‘The Rising Stars’’ They will be available across all online book stores and other stores around the world.

Stacy Maweunam Amewoyi together with other experts in the field of cosmetology, makeup, weaving, beauty therapy, bead making, catering etc. have been lending their knowledge through her Stacy M Foundation (https://stacymfoundation.org/)  to young women within Ghana and beyond to empower them to be self-independent in the working environment.

On December 3rd, she will host a workshop for high school students at Odorgonnor Senior High to talk about Peer Influence from social media.

The Ghana launch of Africa And The African novel – all the four units – is scheduled for December 4th, after which she will embark on a series of media tours across selected countries within the continent to spread this in-depth research on the various history of Africa that can turn the fortunes of the continent around for good.