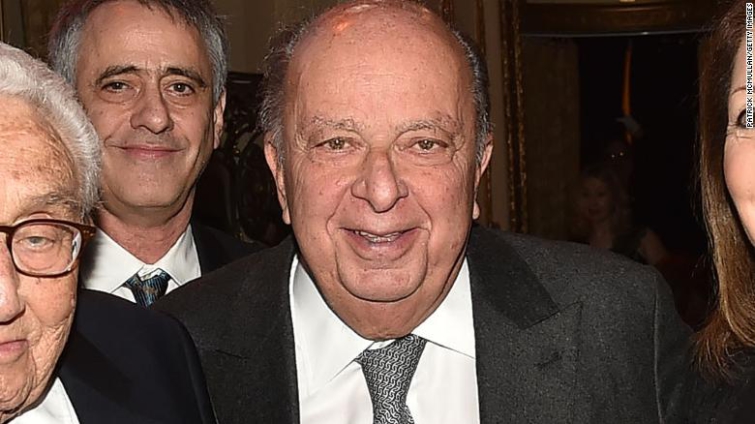 Stanley Chera, a friend of Donald Trump has died from health complications after testing positive for Covid-19

Stanley Chera, the prominent New York City real estate developer and Republican donor who co-founded Crown Acquisitions, has died of complications related to Covid-19, a source close to Chera confirmed to CNN Sunday. He was in his late 70s.

The news was first reported by journalist Yashar Ali.Chera’s real estate career began when he started buying the retail buildings that held his family’s chain of children’s specialty stores, holdings that became Crown Acquisitions, according to the company’s website.

The company eventually divested from the retail stores to focus on real estate. Crown’s holdings include several iconic New York City properties, such as The St. Regis New York and the Cartier Mansion.

From 2016 to 2019, Chera donated a total of $402,800 to Donald J. Trump for President Inc. and Trump Victory, organizations dedicated to supporting Trump’s presidency, according to Federal Election Commission records.

Trump called out Chera at a 2019 rally in Grand Rapids, Michigan, describing him as “one of the biggest builders and real estate people in the world.”

“And he’s a great guy and he’s been with me from the beginning,” Trump said of Chera.

Trump last month described a friend who was battling the “viciousness” of coronavirus and falling into a coma.

It is now believed Chera was the specific individual Trump was describing. The facts of Chera’s illness match what Trump described.

“We thought they were going in for a mild stay, and in one case, he’s unconscious, in a coma,” Trump also said. “And you say, how did that happen?”

Three people familiar with the matter told the New York Times that Trump was describing Chera in his comments about the specific individual. The Times reported two of the sources said Chera was in a medically inducted coma at the time.

Trump later said he had “some friends that are unbelievably sick” from it. It is not known what other friends Trump may have been referencing.

The White House has not responded to requests for comment regarding Trump’s description of the friend, his friendship with Chera or on Chera’s death.

Chera’s family has not publicly discussed the friendship with the President or Chera’s death.

While Chera was known in New York as a real estate and business titan, he also was a philanthropist who funded causes like soup kitchens, the source who confirmed Chera’s death told CNN. His ultimate philanthropic passion was aid for special needs children, the source said.

Chera was a co-founder of the nonprofit Sephardic Community Centre in Brooklyn.He “was a very special man, loved by all,” the community centre said in a statement. “His devotion to so many of our community institutions is unmatched.”