Stonebwoy: An artist has to keep growing - MyJoyOnline.com

Stonebwoy: An artist has to keep growing 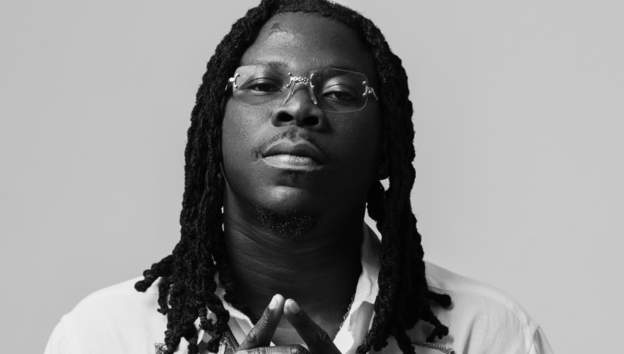 It’s happening a lot at the moment: Africa’s hottest talent is being signed to big international labels, and often their sound is shifting.

Producers from outside the continent are on their case, with the intention, fully embraced by the artists themselves, of widening their fanbase and appealing to global audiences.

Stonebwoy has been in talks with Def Jam, a subsidiary of Universal, for several years now, and he’s finally got the deal he feels comfortable with.

He’s now promoting his first release since the signing.

Therapy is a smooth, seductive song which shows off Stonebwoy’s considerable vocal skill.

There’s still a nod to the reggae and dancehall sound he’s famous for, but overall it’s a much more melodic, RnB vibe.

Stonebwoy told me about the producers:

“Supa Dups is behind multi-platinum hit songs from the Justin Biebers, the Rihannas, the Eminems, the Jay-Zs. He produced that rhythm and we recorded in Miami.

“I had Izy as well who’s Jamaican who understands the dancehall fusion, and Daramola, he’s a Nigerian and he’s a writer and producer.

“This song Therapy it’s new, it’s different, my style is just getting stronger.”

Stonebwoy is delighted with how well the song has done so far, thanks to the push the label has been able to give it, and he has no time for those who might want him to stick with the dancehall they know and love.

He says the old Stonebwoy is still there, but an artist has to keep growing.

“I’ve always loved to sing. Right from the beginning of my career people have known me to be a real rough-tough dancehall artist with a sharp tone, but those who had extra ears could know that this guy has a lot of singing inside of him.”

Stonebwoy is cooking up an album so I asked what we can expect from it?

“This album is going to bring you peaceful vibes. This album must take you to another level of Stonebwoy. There are going to be beautiful stories told on it as well, and some feel good vibes.”

You can hear an exclusive acoustic performance of Therapy, as well as DJ Edu’s conversation with Stonebwoy on This is Africa this Saturday, on BBC World Service radio and partner stations across Africa, as well as online here.