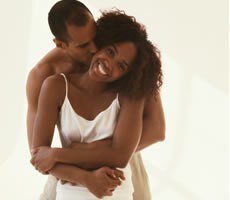 According to a new study by U.K. law firm Slater & Gordon, married couples are happiest in their third year of marriage.

The third year was found to be the happiest time in a couple’s marriage, which the researchers attribute to becoming comfortable within the relationship and starting to plan a family. Couples were also used to sharing finances by their third year together.

After the third year, however, couples begin facing more serious challenges. The couples polled reported that the fifth year of marriage was a difficult one due to tiredness, increased workloads, and for some couples, children.

Researchers also found that most couples who successfully made it through the first seven years of marriage were more likely to have a long, happy and lasting union.

This isn’t the first study to look at married couples’ happiness levels. In December 2012, a study found that people who had been married for more than 40 years were actually happier than newlyweds. And a recent study out of the U.K. found that being married is more important than money and owning a home when it comes to happiness.