Sulley Muntari out for six months 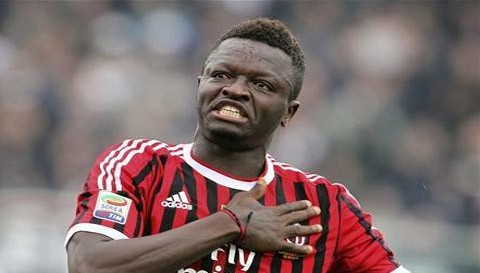 Black Stars midfielder Sulley Muntari has been ruled of action for the next six months after undergoing surgery on a ruptured anterior cruciate ligament.

Muntari picked up the injury on Monday evening in Accra when he was playing in a traditional exhibition match played by Europe-based stars on holidays.

The 27-year-old landed awkwardly after going in for a tackle on his international team mate Christian Atsu.

He went under the knife on Wednesday at the La Madonnina clinic in Milan.

A Milan statement said: “Muntari underwent surgery for the reconstruction of the anterior cruciate ligament in his left knee.

“The recovery time is around five to six months, excluding complications.”

This is a big blow to the player whose career swiftly improved after joining the Rossoneri in January from rivals Inter.