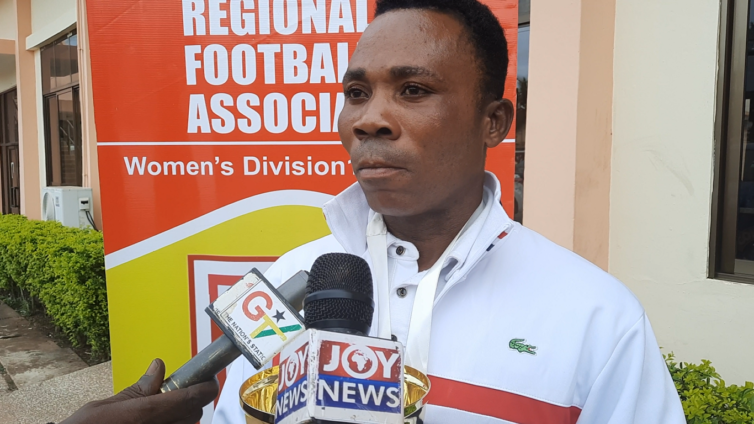 The head coach of Candy Soccer Academy ladies, Smith Effah Owusu, has appealed to the Ghana Football Association (GFA) to also give the lower women teams in the regions the needed support to help unearth more talents.

The premier women’s teams and the various national teams depend on these lower teams for players.

He said more resources, logistics, and technical support are needed to groom female players at the lower levels, but the football authorities continue to focus more at the top to the detriment of the lower-tier sides.

He made the appeal at the second Brong Ahafo Regional Football Association (BARFA) Women’s Division one League awards on June 30, 2022, in Sunyani.

Coach Effah, a physical education teacher at Dormaa Senior High School, said it was a struggle for all the teams to finish the season.

“From last season till now, not a single football has been given to us by either the RFA or the GFA. I use my meager salary to buy balls and meet the needs of the girls, and you know it is not easy. There hasn’t been a day whereby you will not get somebody who is sick”, he lamented.

He further said, “The GFA, they are interested in the women’s premier league, ignoring the first divisions. But this is where the girls can get into the national teams or senior teams”.

Coach Effah, therefore, appealed to all stakeholders to come to the aid of the lower female teams to enable them to groom the best players for the senior teams.

Winning the league qualifies them to play in the women’s middle league in zone one involving champions from Ashanti, Northern, Upper East, and Upper West Regions.

The coach assured the region that they would try their best to win the middle league and qualify for the premier league to become the third team after Prisons Ladies and Ampem Darkoa Ladies.

In his remarks, the Vice Chairman of BARFA, Dickson Kyere Duah, said, “An educated player is able to better understand herself, the world she lives in, and better understand the game she is involved in, and also have a plan B”, and therefore called on the players not to abandon their education because they have chosen to play football.

He also entreated them to be disciplined, committed, and dedicated to the profession they have chosen because their talent alone is not enough for them to succeed.

A Health Promotion Officer at the Sunyani Municipal Health Directorate, Patrick Amankona, educated the footballers on the dos and dons to protect their kidneys.

He advised them to avoid the abuse of painkillers, no excessive intake of meat and alcohol, and get enough sleep, among others.

11-year-old David Atanga from Goaso was named the most promising referee of the year, while Ken Hammer Ladies won the Fair play team of the year.

Perpetual Tuah, who aspires to play for the Black Queens, won the overall best player award. Perpetual and Florence took home a tabletop fridge each, trophies, medals, and certificates.

Ten other players received a rice cooker or a blender each for distinguishing themselves during the season. All awardees also took home assorted items from cowbell and Yumvita.